Turkish hackers have attacked more than 5,000 Swedish Web sites in the past week, and at least some of the sabotage appears linked to a Swedish newspaper's publication of a disparaging caricature of Islam's prophet. 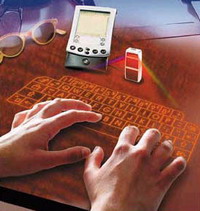 Jensen said the hackers, operating on a Turkish network, removed all files on the Web sites and in some cases replaced them with messages.

According to Swedish news agency TT, the Web site of a children's cartoon called Bamse was replaced by a message saying Islam's holy prophet had been insulted.

The incidents have been reported to the police.

Stefan Grinneby, head of the Swedish communication watchdog's Internet incident center Sitic, said attacks against Swedish Web sites from Turkey have increased in the past three weeks. Some contained messages alluding to the drawing of the Prophet Muhammad as a reason for the attack.

"You would need a very large police investigation to establish the connection to the prophet drawings, but considering the increase in recent weeks it is a fair assumption to make," he said.

Swedish newspaper Nerikes Allehanda published a drawing by artist Lars Vilks in an Aug. 19 editorial depicting Muhammad's head on a dog's body. It triggered protests from Swedish Muslim groups and formal complaints from Muslim countries, including Pakistan and Iran.

An insurgent leader in Iraq, Abu Omar al-Baghdadi, put a US$100,000 bounty on Vilks' head.

Similar caricatures of the prophet, first published in 2005 by a Danish newspaper and reprinted in other European newspapers, triggered street protests in Muslims countries.