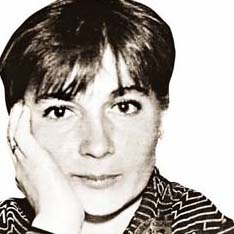 PRAVDA.Ru reported before that Natalia Barannikova was paralyzed after she suffered a car accident. The woman lost the will to live and decided to ask two teenage girls to kill her. The girls were shocked to learn about such a suggestion, but the woman was persistent in her request. The girls eventually strangled Natalia Barannikova with a shoelace. Christina and Marta took the jewelry, the promised reward, from the woman's apartment and split the profit into two.

The state prosecutor demanded an imprisonment of up to 7.5 years for the two girls. “They killed the woman only for the sake of the profit,” said he. The defense said the opposite at the process: the lawyers believed that the girls eased the sick woman's horrible pain and fulfilled her wish.

Natalia Barannikova's husband, Andrei, said that he was aware of his wife's intention to leave this world. He said that he tried to do his best to dissuade his wife from committing suicide: “She would agree that she was wrong, but she would become obsessed with the idea again later,” said he.

The discussion about euthanasia still continues in Russia. Some experts consider it a helpful method for those hopeless patients, who suffer from never-ending pain. However, if Russia follows France, Holland and other countries, where euthanasia is legalized, it is not ruled out that Russia will have to face their experience of scandalous litigations about killer doctors.

“I am about 80 percent sure that she could change her mind a moment before she died,” the woman's husband, Andrei, said in the courtroom. “It was just a question of time, - doctors said about Natalia Barannikova's perspective. - She could probably start using a wheelchair in a year or two and take care of herself.”

On the photo: Natalia Barannikova - the woman, who hired two girls to kill her