President of the Palestinian National Authority, Mahmoud Abbas, while Speaking at the 67th General Assembly of the United Nations, said that since the beginning of 2012, Palestine has suffered more than 500 attacks. "Palestine has been the target of abuse and murder. Our private mosques, hospitals and schools have been destroyed with the acceptance of the occupation forces. The scale of these attacks should not be surprising because they are the product of a government policy that favors settlements," he added.

President of the Palestinian National Authority, Mahmoud Abbas, on Thursday condemned the settlements by Israel as "catastrophic" on its territory and called on the international community to investigate the attacks suffered by the Palestinian people.

Abbas said that since the last session of the UN, occupation authorities continued mainly in Jerusalem, and settlements are intended to alter the sacred city characterístics.

In this regard, he added that "this is a campaign of ethnic cleansing of the Palestinians, their rights and their basic services (...) There are millions of Palestinians who currently are not entitled to their schools, markets, churches and mosques."
"
Mahmoud Abbas also said that in the last twelve months, Israeli forces have demolished more than 537 Palestinian structures, and have destroyed projects to create better conditions for citizens, because they have caused damage to the economy.

On the other hand, he said that nearly five thousand Palestinians are held in Israeli jails, "we call on Israel to respect the Geneva Convention and investigate the condition of the prisoners."

"Israel and its policies are leading to weakening and undermining the ability of Palestinians to perform their obligations and threatens their very existence. This is occurring in the context of a speech that does not vacillate to continue with their aggression," he said.

Dialogue has had negative results

Abbas stressed that despite all the talks held supporting Palestine with representatives of Israel, the results were negative, so he believes that "the Israeli government aims to continue occupying the territory of Palestine under various pretexts."

He stressed that what Israel has been doing to the Palestinian people has been under the auspices of the United States. "We have witnessed a systematic acceleration to go against the Oslo agreement."

The Palestinian head of state said that as a representative of the country "we are committed to the rights of peace and we are committed to non-violence," however, he made clear that "there is so much tension that one cannot stand it anymore and this fear is damaging, therefore it is not possible to 'renegotiate' considering that it is not a gift, it is a right that we have."

"Palestine is committed to international organizations and is providing a model that is positive," he added. As such, he expects most of the UN member countries to support their position on Israel. 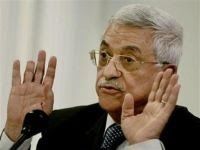