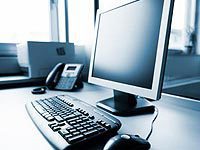 The Ministry of Defense of Japan stated on Tuesday, July 9th, in its security report that the trace from cyber attacks committed against government and military organizations in various countries of the world goes to China, Russia and North Korea.

Thus, according to the analysis of computer malware conducted by Japanese company Cyber ​​Defense, more than 60 percent of them were created on computers using the Chinese language.

In Japan, virtual space is traditionally referred to as the fifth battlefield after land, air, sea and space. Over the past year, more than a thousand Trojan cyber attacks were registered in the country.