Nokia Corp, the world's largest mobile-phone maker, on Thursday said it has paid chipmaker Qualcomm, Inc. $20 million for the use of third-generation patent licenses in the second quarter. 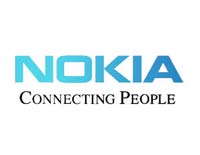 News of the payment comes as the companies are in last-minute negotiations over the renewal of a major cross-license agreement due to expire on Monday.

A deal, however, is unlikely to be struck. The two firms have in recent months become embroiled in an increasingly bitter legal battle other over patents and intellectual property rights and disagree over how much Qualcomm charges for use of its patents.

Nokia said Thursday's payment was unrelated to the ongoing dispute. What the payment does, however, is quantify for the first time what Nokia believes is a fair price for the use of Qualcomm's patents.

"As we continue to negotiate the new cross-license agreement, Nokia views this payment as fair and reasonable compensation for the use of relevant Qualcomm essential patents in Nokia UMTS handsets during the second quarter of 2007," Nokia's Chief Financial Officer Rick Simonson said in a statement.

Analysts said the payment has implications for the contract-renewal negotiations now underway, as it clearly suggests Nokia intends to pay a far lower royalty rate in the future than the 3% it's been paying under the existing agreement.

Citigroup said news of the $20 million payment suggests Nokia believes its royalty obligation to cover 3G licenses for one quarter amounts to a rate of about 0.6%.

The broker noted that this is "much lower" than the 4% to 5% most investors believe Qualcomm charges handset vendors, and also far below the 3% of the current deal, marketwatch.com reports.

Analysts have expected Nokia to pay around 5 percent to patent holders.

"As we continue to negotiate the new cross-licence agreement, Nokia views this payment as fair and reasonable compensation for the use of relevant Qualcomm essential patents in Nokia UMTS handsets during the second quarter of 2007," Nokia's Chief Financial Officer Rick Simonson said.

Nokia and Qualcomm are in numerous legal disputes and have been negotiating on the renewal of a major technology licensing agreement that expires April 9. They have disagreed over Qualcomm's charges for technology licences.

Nokia and Qualcomm have had patent licence agreements since 1992 and Nokia's obligations to pay licence fees partially expire on April 9.

Nokia said the $20 million payment does not extend, and is not related to, the old agreement.

The lawsuits were filed in federal courts in Texas and Wisconsin, Qualcomm said in a statement. Other legal battles are being fought in the U.S. and Europe between the two companies.

The escalation comes as two years of negotiations between the companies near a crucial moment, with a licensing agreement set to expire April 9. Qualcomm, the second-biggest maker of mobile-phone chips, claims Nokia wants to avoid paying royalties. Nokia says Qualcomm's rates are too high.

The litigation “is part of a worldwide effort to prevent Nokia from using the company's valuable patented innovations without paying royalties,” San Diego-based Qualcomm said in the statement. Nokia, based in Espoo, Finland, is the world's largest maker of mobile phones.

In a March 28 Bloomberg News interview, Qualcomm Chief Executive Officer Paul Jacobs said both sides have “hardened their positions.” In an interview reported April 1 in the Financial Times, he said he hoped an agreement could be reached before an “Armageddon” situation arose.

Anne Eckert, a Nokia spokeswoman, said the latest suits were without merit and said Nokia will actively defend itself.

The Wisconsin suit concerns speech-encoder patents. The Texas suit is over patents for downloading applications and other digital content over a wireless network, Qualcomm said. Both courts are known for handling patent cases quickly, Bloomberg reports.