United States does nothing about Afghanistan’s booming opium production

According to the UN 2007 World Drug Report, opium production in Afghanistan has increased by nearly one hundred times since 2001, the year when the Taliban regime was overthrown by U.S.-led coalition forces. The poppy crop is on the rise in complete connivance with the occupying forces – locations of drug labs and traffic routes are an open secret. The United States and Britain seem to be trying hard to pour tons of opiates into the markets of competing countries. In today’s world, any armed conflict or aggression not only has an impact on the situation in the area of a conflict, it can also make waves that hit the regions lying thousands kilometers away from the epicenter of a conflict. 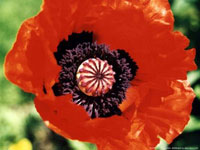 United States does nothing about Afghanistan’s booming opium production

The occupation of Iraq set fire to the entire Middle East region, which was consequently split into supporters and opponents of the aggression. The occupation of Iraq also put diplomatic and territorial disputes between the neighboring Arab countries into a phase of direct confrontation. Likewise, it created conditions for incessant military operations which could be carried out by the United States and its allies in the region. The war in Iraq and U.S. plans for launching an attack against Iran posed a threat to the economy of European and East Asian countries. A global energy crisis may be looming on the horizon.

A different kind of problem for the whole world took shape following the attack against Afghanistan. Compared to the issues mentioned above, the problem is much more complex, it is very far-reaching, and it is virtually insoluble. The problem concerns a global geopolitical catastrophe waiting in the wings. The catastrophe may have a devastating impact on many generations of human beings.

According to official data contained in UN’s 2007 World Drug Report, released by the UN Office on Drugs and Crime, Afghanistan accounts for 93 percent of the illicit global opium crop. Last year saw a one-third increase in Afghanistan’s opium harvest. Opium production in the country increased twofold in the last two years.

It is worthy of notice that the dramatic increase in opium production has been taking place with the connivance of NATO forces, if not with their knowledge. The UNODC report says that the value of the crop in Helmand province alone, where thousands of British troops are stationed, accounts for more opium than was produced in three of the world’s other leading countries, Colombia, Morocco, and Myanmar (formerly known as Burma). Last year opium production in the province shot up by 30-50 percent, according to estimates.

The United States and Britain commenced their “counterterrorist” operation against al-Qaeda’s international terrorist network in Afghanistan on October 7, 2001. The allies failed to reach the objectives of the occupation, by and large. Opium production in Afghanistan soared following the U.S-led invasion of the country and the defeat of the Taliban regime.

The Afghan poppy crop skyrocketed by 1,400 percent in 2002. In fact, the 2002 poppy crop bounced back to production figures registered in the mid-1990s, a period when Afghanistan accounted for 70 percent of poppies cultivated in the planet. In 2001, thelast year when the Taliban werestill in control, 185 tons of poppies were harvested; poppy crop produced in 2002 totaled 1,900-2,700 tons; more than 7,000 tones of poppies or 87 percent of global heroin market and nearly 100 percent of Europe’s heroin market were produced in 2003. The amount of opium produced in Afghanistan in the last years totals more than 15,000 tons. The amount is sufficient for producing 810 tons of pure heroin.

A highly efficient infrastructure which includes production, credit facilities and banking operations has been put in place by those involved in Afghanistan’s drug trade over the last five years. The infrastructure covers the full production cycle of opiates from poppy harvesting and storing to morphine processing to heroin manufacture and shipping.

Opiates had been traditionally produced in the world’s three regions, namely, the so-called Golden Crescent (Afghanistan, Pakistan and Iran), the so-called Golden Triangle area of southeast Asia (Myanmar, Thailand and Laos), and Central and South America (Columbia, Venezuela, Bolivia). However, opium producers in the Golden Triangle area went bankrupt following a huge increase in poppy crop and heroin production in Afghanistan, which became the world’s top heroin producer in 2002.

In the early 2000s, wholesale price of heroin reached $10,000 per kilo in Bangkok, whereas pre-shipment price of one kilo of heroin was a mere $650 on the border between Pakistan and Afghanistan.

The question is: What are the United States and Britain trying to accomplish in Afghanistan? Are they seeking to make enormous profits by pouring tons of opiates into the illicit drug markets of the countries they deem enemy or rival? Are they trying to gain control over traffic routes and deny any responsibility for the consequences in the end? Is there any other possible reason for keeping their eyes closed to the problem? How else could we explain why they are conniving at the formation of the Afghan opium empire? The point is that poppies are being cultivated and transformed into morphine right under the noses of U.S. and NATO forces in Afghanistan.

Afghanistan’s vast fields on which the poppies are cultivated can be easily spotted by satellite and aerial reconnaissance. The location of drug labs has long ceased to be a secret. The same applies to major state-controlled and private chemical facilities in Pakistan e.g. a number of pharmaceutical companies in Peshawar province supplying chemicals required to transform opium into morphine. Shipping large consignments of drugs by road involves the use of numerous vehicles, which cannot but draw attention in Afghanistan, a country with extremely poor road network.

The coalition forces stationed in Afghanistan seem to have forgotten an old proverb that says: “They that sow the wind shall reap the whirlwind.” Afghan-produced heroin already accounts for 35 percent of U.S. illegal drug market. Up to 80 percent of all illicit drugs consumed in the UK are drugs produced in Afghanistan. No doubt about it, the United States and Britain are going to reap the whirlwind in several years.