Will world economies survive without USA?

Recently, when reports coming from the USA caused much panic on stock exchanges around the world, the amount of stabilizing investment has increased 1.5 times as compared to the volumes fixed after the 9/11 terrorist attacks. And America may shatter the stability of the world economy. A looming default makes us suppose that the Pax American epoch is coming to its end. 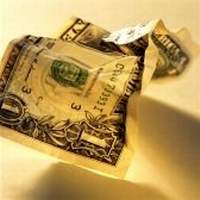 Will world economies survive without USA?

The global financial markets were fevering during the two past weeks. Pessimists state this is just the beginning of something more radical and much is still to come. Optimists on the contrary say that there is no reason for nervousness and the panic on the basic financial sites is just a temporary hardship.

As information that has caused so much panic on the financial markets came from the USA it makes sense to consider the role of America in the world and its influence on international processes.

Americans actually believe that the strongest power is the right one. If so, then Washington believed the United States became the greatest power after the breakup of the Soviet Union.

Zbignev Brzezinski wrote in five years after the triumph of the free world over the empire of evil: “America holds the domination in four spheres essential for the world power: its army deployment opportunities are the best in the world; despite the competition of Japan and Germany in some spheres the USA is still the key driving force of global development; it is the leader in progressive science and engineering. Also, although some may say that it is primitive but the American culture is very attractive especially for the youth all over the world. All the facts guarantee the United States as great political influence as no other country in the world has.” The above facts make America the super power of the world, Brzezinski wrote.

Right after the first reports about terrorist attacks on the Pentagon and the WTC appeared, many people in former Soviet republics revealed a rather strange tactics. They rushed to currency exchange offices to exchange dollars for the currencies of their countries. What was next? According to liberal economists, over abundant supply brings prices down. So on the first night after the terrorist attacks in the USA bank presidents ordered bank officials to buy dollars at a rate that was twice or three times lower than the official rate. Ukrainian banks had applied the same technique during the 1998 default in Russia. As a result, the rate of the Russian ruble to the Ukrainian currency dropped several times within a couple of days.

During the mid-August chaos on the financial markets this year analysts said that key central banks of the world applied the same measures that they had done after 9/11 to cope with the current stock collapse. A week before last, central banks increased the number of transactions in liquidity supply to stop the paralysis of credit markets.

According to the BBC, the number of current investment has increased 1.5 times as compared to the amount of interventions of the world central banks on the first days after the 9/11 terrorist attacks. So, the different reasons of panic such as the 9/11 terrorist attack on the WTC and the Pentagon and the recent collapse of the American mortgage system entailed similar consequences for financial markets.

The problem is that the global financial system is based upon the unified measure of value, the American national currency. Having the annual gross domestic product at the rate of about $13 trillion, the United States has the national debt of about $50 trillion. The USA produces one fifth of the global gross domestic product but at the same time it consumes twice as much.

To secure its current debts the USA issues new securities, short term and long term debt instruments. And the whole of the world has to make the convention as nobody knows what consequences a collapse of the system may entail. Economies of many countries are oriented toward the American market; gold and FOREX reserves of many countries including Russia are made of American securities.

However, market makers feel they are on the breaking point. It has been clear for several years already that there are enough reasons for a default in the USA, and any possible scandal or incident starting from a terrorist attack or a campaign against Chinese toys may cause a default.

After the gold standard was abolished in 1971, many countries of the world started turning their currencies into securities. And this situation concerns the USA first of all. If a country is successful its securities are popular as a profitable investment. But remember the Enron situation when the company’s quite nice shares turned into absolute trash next day.

Experts know that the American economy is rather disproportionate, and the global financial system is unstable. At the same time, many of them stated that the above statements of Brzezinski were rather convincing. Probably it is time to revise them as they were made about ten years ago, and many tragic events has taken place in the world since that time.

As for the US’s military power, the army budget equal to the army spending of several countries at once do not guarantee invulnerability and triumph of thearmy in general. The 9/11 terrorist attacks proved that the only super power was quite vulnerable, and the campaigns in Afghanistan and Iraq have demonstrated rather scanty potentialities of the US armed forces.

In the past years it was believed that the American economy was the strongest and the most dynamic; many treated it as a locomotive that can be used to achieve success. For the moment present the situation has changed. The more economy of a country is connected with the USA the less stable it is. The USA is one of the strongest destabilizing factors in the global economy.

However, some countries still make their economies oriented on the USA. And the way is quite inexpedient as the US economic system is not that stable as it was ten or twenty years ago. So, pro-American regimes are the most inadequate in the world. Poland preferred closer relations with Washington thus opposing itself against its European neighbors. It is quite natural that this may entail problems for the country in the future.