The 45th anniversary of the former Ukrainian prime minister Yulia Tymoshenko turned into a scandal. Many Ukrainians received postcards on the eve of a celebration. The postcards had a logotype of the Tymoshenko political party along with a logotype of McDonald's fast-food restaurants. Needless to say, the postcards promised discounts on meals at McDonald's. 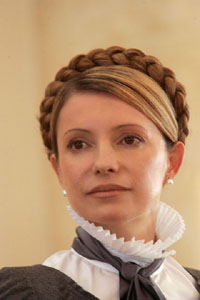 Though the postcard trick did not stir up a big fuss, the media spread a few reports about the alliance between the “orange princess” and the fast-food restaurant chain. A representative of McDonald's in Ukraine had to release a statement saying that the company had nothing to do with Mrs. Tymoshenko's birthday celebration. The company did not promise any discounts to anybody either.

In actuality, the anecdotal story is a reminder of ways and methods to be used during the upcoming election campaign in Ukraine. Playing by rule is out of the question. It seems very unlikely that Mrs. Tymoshenko cut a deal with McDonald's to get the latter involved in her birthday festivities. Her image makers could not have advised her to make such a strange move either. The Big Mac story looks more like a smear campaign specially designed to show that Mrs. Tymoshenko is a double dealer because nobody got a discount Big Mac. The McDonald's reps spent hours explaining that the company had not had any plans to launch a discount campaign in the first place. The explanation made no difference. The damage was done.

The spin doctors behind the burger story seem to have brought the plan into effect.

By some strange coincidence the McDonald's situation developed at the time of Mrs. Tymoshenko birthday. It also coincided with a members-only congress of Mrs. Tymoshenko's political party. Even the journalists who leaned toward the former comrade-in-arms of Viktor Yushchenko were confused while pointing out that the latest congress behind the closed doors was conducted by the Party of Regions headed by Viktor Yanukovich. However, many a politician and businessman who used to be the pillars of the former regime were seen hanging around in a hall of a building hosting the congress of the ardent revolutionaries. 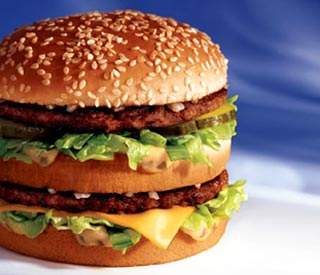 The following personalities were seen on location: Vasily Khmelnitsky, one of the owners of Zaporozhstal who is a close friend of Leonid Kuchma's family; Nikolai Bagrayev, a close companion of Viktor Pinchuk who is a son-in-law of the former president. Representatives of the United Russia are expected to join the Tymoshenko bloc that is in the works. It is not that all those people may have changed their political orientation. The point is that Mrs. Tymoshenko publicly positions herself as a relentless fighter against Kuchmism. She also accuses other Ukrainian politicians of attempts aiming to build a reserve of Kuchmism within their political blocs. In today's Ukraine it is out of tune and fashion to remind the public that Mrs. Tymoshenko has never been a prominent freedom fighter. Instead, her career started under the auspices of the former prime minister Pavel Lazarenko who is as notorious as Leonid Kuchma.

Meanwhile, the new comrades allow the opponents of Mrs. Tymoshenko to accuse her of showing compassion for those who lost the Maidan confrontation. It is yet another way of conducting election policy, which is as overly dramatic as the Big Mac on her birthday. It is a lot easier to look for pro-Kuchma fleas in somebody else's hair than offer a reform program to the voter.