U.S. propaganda machine failed to score any success with regard to an upcoming deployment of U.S. missile defense hardware in Europe. Likewise, the United States failed to talk Russia into taking part in the development of the anti-missile system which is ostensibly designed to protect the continent against potential missile threats from “rogue states.” Consequently, the United States started to casts its eye upon the East. U.S. Secretary of Defense Robert Gates made an offer to China to join Japan and Australia for the development of the missile defense shield in the Pacific region. Much to America’s disappointment, China rejected the offer, calling the missile defense plans a threat to China’s borders. Beijing also promised to oppose such a move should the missile defense system be extended to cover Taiwan. 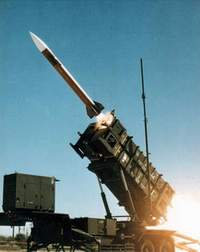 An Asia-Pacific defense conference was held in Singapore last week. It may be seen as yet another regional event at the backdrop of the continued deterioration of U.S.-Russia relations following U.S. plans for the deployment of missile defense shield elements in Poland and Czech Republic. However, the strategic defense issues relating to the Asian-Pacific region are of global importance, and they are likely to influence stability of the whole world.

Defense ministers, General Staff chiefs and experts from 26 countries took part in the conference. It was also attended by representatives of all five permanent member states of the U.N. Security Council i.e. Russia, United States, Britain, France and China. The participants discussed a number of questions concerning the future of the planet. The deployment of U.S. anti-missile system assets in the Asian-Pacific region was one of the top issues discussed at the conference.

There is a fair degree of predictability in U.S. actions. At the beginning, the United States makes a unilateral decision about the deployment of its anti-missile system in a certain region. Then the deployment goes under way while the opinion of other parties involved is completely ignored. At the final stage, the United States acts as if the negative reaction to its policies has really taken Washington by surprise. Consequently, the United States suggests that the issue be talked over and agreed upon. In other words, America sends a clear signal to the other parties involved: you had better join a project that cannot but do damage to your national interests.

The method was used by the United States once again during the Singapore conference. U.S. Secretary of Defense Robert Gates came up with an offer for China to cooperate in the development of U.S. missile defense shield, which is actually developed by the United States and Japan. The warships equipped with Aegis, a U.S. naval missile guidance system, operate in the region. Besides, the Patriot missiles of the latest modification PAC-3 have been installed near the U.S. naval base in Okinawa.

U.S.-made SM-3 anti-missile complex should be deployed on the Japanese destroyer Kongo by spring of the year 2008. The destroyer is also equipped with the Aegis combat system. There are plans for including three more sister ships in the U.S. naval missiledefense system. Eventually, two more ships should be added to the naval missile defense system, which is designed to track down and intercept enemy ballistic missiles outside the atmosphere, using the SM-3s.

Meanwhile, Japan has recently deployed the first Patriot missiles at a base north of Tokyo to eventually cover Japan’s all major cities. The United States is more interested in targets at the Far East, primarily in China. The targets seem to have been identified – the warships equipped with anti-missile systems are being positioned in an area that goes parallel to the East Asian coastline.

Besides, the warships carrying the SM-3 missiles could be used for striking targets on the Russian territory. There is a Russian naval base hosting nuclear submarines in the Kamchatka Peninsula. Once positioned in the Sea of Okhotsk, the subs could launch nuclear missiles at the United States. If deployed to the vicinity of the Sea of Okhotsk or positioned in the Sea of Japan, the anti-missile system naval components could be a clear threat to the Russian strategic nuclear forces

The United States apparently extends an offer of cooperation to China with a view to get it involved in something that could be a threat to China. “We would be undoubtedly interested in cooperation with China if it shows interest in the development of the missile defense shield. Likewise, we would be ready to negotiate the system’s capabilities, its technical characteristics and limitations with Russia,” said the head of the Pentagon.

Tensions sprang up between China and the United States following the U.S. Pentagon’s annual report on China’s military buildup. The report, which was released last month, expressed concern about China’s engagement in a sustained effort to modernize its nuclear arsenal and test anti-satellite weapons. The Pentagon was also concerned about China’s growing potential to resort to the use of force abroad.

The anti-missile system in the Pacific is a reality. Therefore, the U.S. offer for cooperation sounds rather tardy at the least. China was quick to issue a strongly-worded statement in response to the offer. The deputy chief of the Chinese Army, Gen. Zhang Qinsheng, expressed concern about U.S. missile defense shield plans in Asia, stressing the point that the system could destabilize the Asian region. “If Japan and the United States extend the missile defense system to ‘cover’ Taiwan, the People’s Republic of China will oppose such a move very strongly,” said the general.

In terms of the deployment of its anti-missile system, the U.S. has apparently decided to play by the following rule: “If we fail to get it done in Europe, we’ll give it a try in Asia.” Still, Washington has yet to convince the public that the deployment of the elements of U.S. offensive nuclear system would be for the benefit of the whole world. An all-out effort taken by the United States to win the hearts and minds seems to have fallen through. America’s recent failure to engage a large nuclear power in the development of the missile defense system clearly indicates that the world is changing.