U.S. lawmakers have long been known for their skills to disclose enemies and detect difficulties, which are allegedly unnoticeable for the White House. The recent story can be filed under the same category. Last week the U.S. Congress held special hearings on Al-Hurra, U.S. taxpayer-financed Arabic TV channel, which was created in 2003 to propagate official U.S. views across the Arab world. According to congressmen, the station is believed to be serving as a forum for terrorists and their sympathizers to expose violence and hatred of America. 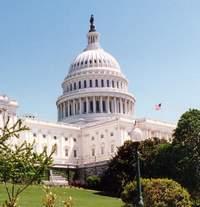 Let us not jump to conclusions and subscribe to the viewpoint of the congressmen. Let us try to clear up the situation instead. It is true that U.S.-funded Al-Hurra television network was supposed to continue the glorious tradition of U.S. broadcasting intended to win the hearts and minds of foreign nationals who are opposed to U.S. policies. Incidentally, the founding of the station looks a bit funny in the above context. There used to be tons of propaganda aired to the Soviet Union and Cuba – the nations with which America was engaged in a severe conflict. These days there are no clear-cut anti-U.S. enemy states in the Arab world, save for Syria and Sudan (the description applies to the latter in a pinch only). However, Washington had to launch an Arabic TV network simply to give it a try and compete with the widely-popular and unfriendly Al-Jazeera news station.

Now it seems quite clear that Al-Hurra has failed to compete with Al-Jazeera, for a number of reasons. First, a report by the media cannot fully substitute for a reality in the present-day information society. For instance, even the best TV crew of Al-Hurra would fail to convince the Iraqis that things were okay in their country. Second, television is not the most effective means of getting the message through to the public in the Middle East. Compared with a TV report, a piece of rumor spread by word of mouth across the region could reach far more people.

The reasons mentioned above were not a cause of concern for the lawmakers in the recent case. The lawmakers have been appalled by the content of Al-Hurra reporting. In particular, they cited extensive coverage of the Holocaust denial conference in Tehran last December, speeches by Palestinian Prime Minister Ismail Haniyah, a Hamas representative – a group regarded as terrorist by U.S. government. The lawmakers also drew attention to a live broadcast of a lengthy speech by Hezbollah leader Hassan Nasrallah. Officials from the network try to justify the controversial newscasts by stressing the point that they did nothing else than reporting on events. Moreover, some of the officials even have the guts to point out that their mission is to educate the Arab world in democratic values, and therefore they strongly deny any notion of censorship. It is understood that such a naïve love of democracy could cost them their jobs since the freedom of speech differs greatly from broadcast efforts aimed at creating a positive image of U.S. foreign policies in countries the policies are designed for.

Much to their amazement, the lawmakers found out that the channel’s upper management did not speak Arabic, and therefore could not appropriately control the content of Al-Hurra broadcasts. Taking into account a number of reports on similar problems relating to the study of foreign languages (including such critically important ones as Arabic and Farsi) in U.S. national security agencies, we can hardly share the lawmakers’ astonishment. The Al-Hurra management will be probably replaced following the Congressional hearings though top managers with a good command of Arabic are hard to find.

It is noteworthy that Congress, not the White House, has lashed out at the American-run TV network.

Specialists within U.S. administration are conscious that the channel is unlikely to improve its ratings, whereas congressmen should display evidence to their constituencies that every effort is being made to guard America’s pride and values. U.S. commentators point out that the attacks on Al-Hurra appear to continue a longtime tradition of killing messengers who bring bad news. The question is: Will there ever be any possibility for Washington to get any good news from the Middle East?