On 24th June, three days before Tony Blair and John Prescott step down as Prime Minister and Deputy Prime Minister, relinquishing their places in the Labour Party, a Conference is to be held to choose the new leader and deputy leader. 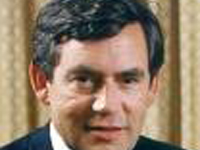 According to Peter Watt, Labour’s General Secretary, the National Executive Committee met on 14th May and decided to hold the Conference on 24th June to choose a new leader and deputy leader of the Party.

Calling this event “ an exciting and historic opportunity”, Peter Watt explains that “ This will be the first time in its history the Labour Party as a whole is choosing not only a new leadership team but also a new Prime Minister”.

At the close of our edition, Gordon Brown has a wide advantage over John McDonnell in the leadership race (282 nominations against 27), while in the contest for deputy leader, there are 6 candidates: Alan Johnson (64 nomeações), Harriet Harman (60), Peter Hain (49), Hazel Blears (48), Jon Cruddas (44) and Hilary Benn (34).