The New Partnership for Africa’s Development, NEPAD, provides guidelines for strengthening the development process of this continent, through inter-regional cooperation and the pooling of resources under the African Union - Africans working together for Africa, less than half a century after most countries in the continent gained their independence. 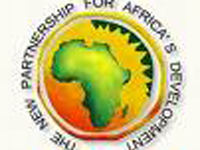 At a workshop held at the African Union Commission HQ in Addis Ababa, Ethiopia, between 5th and 7th March, the need to deepen the development of the Regional Economic Communities (RECs) as a first step towards integration on a continental scale, was highlighted.

The first phase consisted of the Short-Term Action Plan, STAP, launched in May 2002, which presents a wide range of infrastructure development projects. This will be supplanted by the second phase, the Medium to Long-Term Strategic Framework (MLTSF) at the end of 2007.

According to the NEPAD Secretariat, the immediate priorities as a means to constitute the RECs are to define roles, assign tasks and coordinate the players, strengthening indivual actions and always bearing in mind the end goal, constantly monitoring projects to maximise efficiency.

To this end, NEPAD favours the presentation of projects which bear in mind policy, staffing and administrative needs for their implementation over a two to three-year period, such plans being elaborated in conjunction with the African Union.

The main players constituting the RECs will be the national ministries, banks and utility providers and in drawing up plans for a regionalisation of their services, the stakeholders must focus on coordination, the division of tasks and labour, communication and sharing of experiences.

For the NEPAD Secretariat, the scope of each REC must be clearly defined with fixed guidelines and should not make the mistake of spreading resources too thinly. For NEPAD, the specific mandate given to each REC and the monitoring process to guarantee its effectiveness constitute the “building blocks” of regional integration.

Plans are under way for a fund to be set up at the African Development Bank to finance the projects which set up the RECs.

As Africa moves first towards regional integration on its path towards forming an African Union at all levels, it is the duty of the international community to provide the support where needed and when requested. Africa as a continent is barely 50 years old in the current geo-political context and since the “civilised” world did so much damage through centuries of colonization, it is only fair that Africa be given a chance to stand on its own two feet.

Here, the media has an important role to play. Instead of focussing all the time on stories which create negative impacts, the tremendous progresses which Africa is making on a daily basis should be – but are not – in the news.