A delegation of Palestinian Hamas leaders arrived in Moscow Monday to seek support for creating a Palestinian state and restoring international funding. 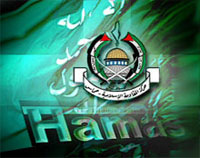 Mashaal was critical of the negotiating group known as the Quartet -- Russia, the United States, the European Union and the United Nations -- for targeting the 13-month-old Hamas government, United Press International reports.

Russia is the only member of the Middle East quartet, also made up of the United Nations, the United States and the European Union, which maintains ties with the Islamist group after it took over the Palestinian government last year.

But Moscow wants Hamas to be engaged in dialogue rather than isolated and has been critical of the Western aid embargo introduced after the group's election victory last year, Reuters reports.

The U.S. and Israel are backing Palestinian President Mahmoud Abbas (of the Fatah faction) as a so-called "moderate" force in the power struggle with Hamas. That support includes the promise of U.S. financial aid for Abbas. Israel has allowed the transfer of weapons to forces loyal to Abbas.

But three weeks ago in Mecca, Saudi Arabia, Abbas and his Fatah faction made a deal with Hamas to form a national unity government, a development that has raised questions about the new government's suitability as a negotiating partner.

Hamas, on the State Department's list of terrorist organizations, openly calls for the destruction of Israel and the establishment of a Palestinian Islamic state in its place, CNSNews.com reports.