The US administration may introduce sanctions against Russia for the recent delivery of Tor-M1 missile system to Iran. State Department Sean McCormack said Wednesday that such measures were likely to follow because the Bush’s administration harshly criticized Russia’s defense contract with Iran and urged the Kremlin to terminate it. 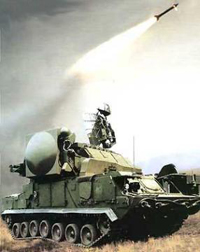 Washington believes that Russia should not have sold up-to-date arms to the country which refused to meet the requirements of the UN Security Council about nuclear developments. “There are many legitimate acts that should force the international community to review the selling of Russian systems for anti missile defense of Teheran”, the US State Department spokesman Sean McCormack announced. He added that the question concerns the laws in the USA in the sphere of trading with arms with Iran but didn’t make it clear in what way these deliveries could be “reviewed”.

Another diplomat from the US State Department, who wished to remain anonymous, stated that punitive measures could be applied against the direct seller of the above-mentioned missile complexes and probably the buyer, but not the Russian government. The official did not specify whether the US administration has already initiated the process connected with the Russian-Iranian arms deal.

Russia fulfilled the arms contract with Iran at the end of December 2006. The adequate announcement made by Russia’s Defense Minister Sergei Ivanov raised serious concerns with the US and Israeli administration. US officials emphasized that Russia had sold modern weapons to the country supporting international terrorism.

Sergei Ivanov believes, though, that the contract with Iran did not violate any UN resolutions. “The contract is based on international rules. If Iran needs defensive weapons, we would be ready to assist,” the minister added. Russian news agencies reported that Tor-M1 missile complexes could be used only for defensive purposes.

The US State Department has another approach to the deal. “I don’t think you’ve ever heard us say that it’s a good idea for anyone to be selling weapons to Iran," State Department spokesman Tom Casey said.

When Russia signed the contract with Iran for the delivery of 29 missile complexes Tor-M1 in December 2005, the US administration said that the contract could not comply with interests of both the USA and the region. Sergei Ivanov responded that it was a legitimate deal between the two countries, no matter if someone liked it or not.