The US administration with Robert Gates as the new Defense Secretary has recently struck economic blows on 24 “targets.” The US State Department that regulates economic measures of influence decided to introduce sanctions against 24 legal entities and natural persons from ten countries. The list includes China, Iran, Iraq, Mexico, Malaysia, Syria, Pakistan, North Korea, Sudan and Russia. As for natural persons, sanctions were introduced against a Russian citizen Alexi Safonov, whose professional activities remain unknown. 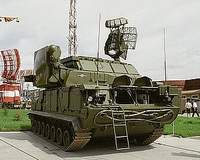 Economic sanctions will affect three Russian enterprises. This time they have been introduced against the state-run arms export giant Rosoboronexport, Design Bureau of Instrument-Making (based in Tula) and the Design Bureau of Machine-Making (based in Kolomna). The three Russian defense enterprises are accused of violating US laws prohibiting arms sales to Iran and Syria – the countries, which the US administration categorizes as “axis of evil” supporting international terrorism.

The sanctions against the Russian companies were introduced on December 28, 2006. However, the official announcement about them was made only on January 5, 2007. The decree on the introduction of punitive measures was signed by Andrew Semmel, the US deputy assistant secretary for nuclear proliferation.

The sanctions were put into action for two years. Any departments of the US government are not allowed to cooperate with the Russian enterprises included on the black list, execute any operations, issue export licenses, etc. It is worth mentioning that the US administration practices economic sanctions against countries and/or organizations which deliver their arms to Iran or Syria. The practice was introduced on January 1, 1999 for Iran and on January 1, 2005 for Syria.

Russia signed a deal with Iran to deliver 29 missile complexes Top-M1. The contract, the cost of which is estimated at $1.4 billion has been executed by 50 percent already. Top-M1 anti-aircraft systems are made by defense holding Almaz-Antei which is based in the city of Izhevsk. The Design Bureau of Instrument-Making from Tula has never sold any weapons to either Iran or Syria, a spokesman for the company said. The Tula-based enterprise, which delivers weapons of high precision abroad, has no business contacts with the USA.

The Design Bureau of Machine-Making based in the city of Kolomna had a defense contract signed with Syria indeed. The enterprise delivered several Strelets anti-aircraft complexes to Syria. The contract was completed in February of 2006.

It is not ruled out that the above-mentioned decision of the US administration is based on the same reasons which resulted in similar economic measures introduced against Russia’s two major defense companies (Rosoboronexport and Sukhoi aircraft-maker) in July of 2006. US officials accused the two Russian defense enterprises of delivering equipment and materials that could be used for the production of weapons of mass destruction in Iran. The USA withdrew sanctions against Sukhoi on November 21 after the meeting between Russian and US presidents in Hanoi.

Russia’s Defense Minister Sergei Ivanov stated that the three Russian defense enterprises included on the USA’s black list had never violated any international standards, obligations and rights connected with the non-proliferation of nuclear and missile technologies. The minister said that it was an attempt of the US administration to expand its laws onto the norms of the international right. The USA, Ivanov said, is concerned about the growing sales of Russian arms and defense technologies in the world. Russian defense officials believe that the USA is deeply dissatisfied with the promotion of Russian weapons on the Asian and Latin American markets.

Official spokesmen for Russia’s Ministry for Foreign Affairs also said that the USA was trying to impose its legislation on foreign companies. “As a result, the US administration deprives both the state and national enterprises of highly prospective cooperation with Russian leading enterprises. We refer to it as “the lost opportunities” in the language of diplomacy,” an official said.