A truthful report from Uzbekistan's Andijan 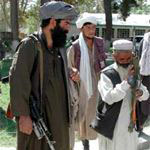 Andijan, the third biggest town of Uzbekistan, the motherland of Babur located 450 meters above the sea level, today is well known in the world for quite some other reasons. The tragic moment set on the night of 13 May 2005 when bloodshed took place in the pearl of the Ferghana valley. World media covered these tragic developments in various ways, journalists and politicians interpreted the news in their own way. Some of them blamed the authorities, some poverty and corruption among top officials; others put the blame on terrorists etc.

As we know, the truth cannot be hidden under cover. Sooner or later we will learn the truth about these tragic events. Yesterday, a group of 19 foreign journalists and 11 diplomats from 8 countries including Russia, India, China and others were invited by the Uzbekistan Government to visit and too see with their own eyes the tragedy site of Andijan to obtain first-hand information. A video film shown to the diplomats and foreign journalists by the province administration froze the hearts of everyone and was very convincing.

Yesterday it was two months since the Andijan tragedy happened. But the parents are still moaning the loss of their children. A woman who got married two years before is now a widow. An elder brother of a family who helped his youngest brother to receive higher education and to join civil service lost him in the clash with militants. The young serviceman untimely passed away. Sorrow and grief entered every house, and everyone has a question: who is benefited from this fire? Most likely everyone ended up losing as Andijan province with population of 2,346,000 lost a lot in this tragedy.

PRAVDA.Ru's correspondent had an opportunity to visit the sites of the tragic events and meet with residents of Andijan – the witnesses of the tragedy, relatives of the killed civil servants, representatives of public institutions and the Uzbek citizens which returned back from Kyrgyzstan. With the team of journalists I also visited 11 various sites including the market and familiarized myself with the current situation in the town and its suburbs. Please find hereunder a truthful report of this trip without any hint at politics.

The trip began early morning. The street Nakshbandi was the first place of our visit. It should be stated here that this was the first place when a group of unidentified persons illegally seized the arms. This is the premise of the Andijan town Interior Department check-post. The arms were seized from 14 steel boards. 5 Interior officers were killed during this attack. Officer on duty Anvar Ahmedov told me 50-60 militants attacked the check-post. New commander of battalion Shuhrat Muhammadiyev showed the photos of those who were killed. After the arms were seized and the bloody massacre was over the group divided in two and attacked the military unit. It should be noted here that the police station, military unit and jail are located close to one another within 1-2 km.

The military unit is located in Ergash Ashurov Street. My interlocutors - captain Batyrjan Satvaldiyev and major Ilhamjan Rashidov witnessed the developments of that night when the militants burst into military unit No. 45605 and seized arms from Room 7. According to the Mayor of Andijan, some of the assailants were foreigners from neighbor countries.

Subsequently the militants attacked a local jail. For unknown reasons this jail is located within mahallya and in 13 years of Uzbekistan's independence the town administration has not hit upon the idea of transferring the jail to a new adequate place.Apart from ordinary prisoners especially dangerous criminals are kept in the jail. According to the Deputy head of the jail lieutenant colonel Rahimov a group of 50-60 militants rushed into the jail territory and started spontaneous firing. Later the group was divided into two. One of the groups released women, the other - men. One of the assailants shouted "Run away otherwise you will be killed." 527 prisoners out of 737 dispersed. They were scattering away over the bodies of the killed security guards. Some of them including Sunnatulla Sharipov, Igor Myskov, Akmaljan Salijanov, Pavel Syrjanov and Igor Kim later returned back to the jail. A prisoner Atham Tajibayev said: "They wanted to once again stage the Kyrgyz scenario, it was obvious that they were acting in line with a well prepared plan. After that the crown headed for the province administration and part of them attacked local department of National Security Service. During the clash they set the fire on Babur Theatre built in 1955 and the building of province administration.

During the trip to Andijan I met people who retuned from Kyrgyzstan. A young Uzbek boy Davlat Alimov, 18, and Amin Azimov, 47, were amongst them. They repented what they had done. Anyway, the Mayor of the Andijan province spoke in a roundabout way. He gave statistical data on the number of population in Andijan and ethic groups resident here (2,346,000 people representing 102 ethnic groups). 96 joint ventures, 833 mahallya committees and 18 mosques operate in the province. All questions asked were given smooth answers. Instead Prosecutor Dehkanov stated exact data and said that187 people including 94 terrorists had been killed during the tragedy, 334 units of arms were seized and 29 men were declared wanted, 12 of them were offered shelter in Kyrgyzstan. Islamic movement of Turkestan, Hizb-ut-Tahrir and Akramists organized the events. During our tour the Prosecutor was among the journalists, but nobody knew who he was. Only in the evening the press learned that the gentleman was the Prosecutor.

The video film was made by the terrorists and recorded the true events in real time. The film denies all the blames by Western mass media. The film depicts the beating of policemen by the crowd, the burning of the theatres and demonstration of the seized arms accompanied by cries "Allah Akbar," the beating of the local administration and manufacture of explosives. Only authorities know when the film will be presented to the public. But one thing is clear: this film is a heavy slap to the West. The video film testifies that the Andijan developments were not accidental; they had been prepared in advance. The perpetrators of the events were well-trained militants, which proves that the allegations put on Uzbekistan by the West are ungrounded. It is high time the West descended from the heavens and faces the truth. Today Andijan lives normal life. Markets, shops and institutions are functioning normally. The diplomats from 8 countries who visited Andijan without guards and selected interlocutors independently can confirm this. Does the West want to repeat the mistakes of 2001? Why the West does not want to understand that the threat that Central Asia is facing today can stick in their throat tomorrow? Will the events in London teach the West a lesson?

Undoubtedly, Uzbekistan needs reform in certain sectors and provinces. This country has to recognize its mistakes and shortcomings so that the moral, physical and economic losses caused by the tragedy in Andijan never occur again.