The NATO alliance has been confounding prophets of its demise ever since the Cold War ended 15 years ago. For much of that time the military pact has played an unlikely but invaluable role as mentor to the formerly communist nations of Europe, granting 10 of them membership after requiring them to build democratic institutions. For the past several years it has played an increasingly important role in Afghanistan: Since the summer, NATO has led the fight against the Taliban in the unstable south, routing a large concentration of insurgents near Kandahar in the biggest battle in its history, Washingtonpost reports. 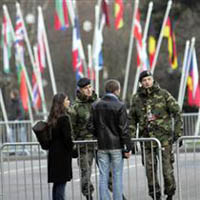 On the face of it, Nato’s gathering in Latvia today has the makings of a small disaster. The ambitious agenda advanced by Washington for the alliance’s first full summit in more than two years has stalled, partly because of opposition from France. But out of this genteel antagonism comes an opportunity to get strategy for Nato’s mission in Afghanistan right. The Bush administration originally wanted the meeting to be a “transformation summit”, focusing on the need to reshape Nato from the defensive alliance that emerged from the Cold War.

Yet, for the past few months it has been clear that the big priority of the summit had to be Afghanistan. This year, Nato has taken on responsibility for the security of the entire country and expanded its force there to more than 30000 soldiers.

In spite of encountering tougher resistance from the Taliban than anticipated, Nato’s chiefs have largely failed to get extra troops to deal with the violence in the south. To date, Germany, France, Turkey and Spain have proved too reluctant to help out.

The summit can perform another, crucial task. Nato diplomats admit that the strategy for the Afghanistan mission — to help the government of President Hamid Karzai extend its authority — is too broad to be useful. It does not sufficiently indicate what kind of end state Nato is seeking to achieve or how long its troops will remain, businessday.co.za reports.

Riga was chosen for this Nato meeting for obvious reasons; to symbolise a united post-Cold War Europe and show how far Nato had already spread its influence east as it seeks a truly a global reach.

The danger for Latvia, however, is that Riga 2006 could go down as a critical moment of failure for the Nato alliance it has just entered. Rather than highlighting transatlantic togetherness and European unity on defence, it threatens to do exactly the reverse.

Afghanistan heads the agenda. Nato's mission there was supposed to show how the alliance had graduated from its traditional role in European and North Atlantic defence to one of a global player, able to intervene anywhere across the world, telegraph.co.uk says.

Ties with Moscow have been scarred by Russia's increasingly assertive foreign policy, buoyed by its new economic power as an energy giant. Western governments are also alarmed by the apparent slide from human rights under Mr Putin and incidents such as the poisoning of the former Russian spy Alexander Litvinenko, in London, Independent reports.