US to lose substantial numbers of business travelers to Europe

The United States is losing substantial numbers of business travelers to Europe because of the stringent security measures it imposes on international visitors, according to a report by a tourism industry group released Monday. 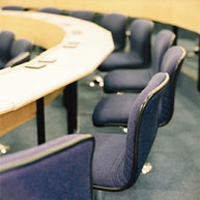 US to lose substantial numbers of business travelers to Europe

Despite the drop in business travelers to the United States, figures due to be released later Monday by the new United Nations World Tourism Organization, or UNWTO, are expected to show that 2006 was the third year of sustained growth for the tourism industry.

The UNWTO said that sets the ground for a "healthy expansion" of the sector during 2007, but at a slightly slower pace, the AP reports

"Tourism keeps the world economy on the move," said UNWTO Secretary-General Francesco Frangialli ahead of the UNWTO report's release. "It is No. 1 in world services trade, the largest export earner, and employs millions of people."

Several European countries have failed to prepare to meet the demands of millions of tourists from China, India and elsewhere in Asia who are expected to drive the future growth of the global travel industry, according to industry experts.

Organisers of World Travel Market, the annual global travel exhibition which begins today, say Europe runs the risk of allowing other regions such as the Middle East, Africa and Latin America to move ahead in exploiting the potential from the promised influx of new tourists.

WTM says in its annual Global Trends report that Europe has done little so far to cater for Asian inbound tourist needs. Many tourists in Hong Kong, South Korea and India, for example, favour customised travel rather than the mass-catered travel commonly offered to Asian tourists in Europe, FT.com reports.