Iran, which has the 70-million-strong population, holds the second stage of the presidential election today. The first stage, which took place a week ago, ended with two rivals in the final: Ali Akbar Hashemi Rafsanjani (70), the Chairman of the Expediency Discernment Council, and Mahmoud Ahmadinejad (49), the Mayor of Tehran. The two candidates enjoy the confidence of the spiritual leader of the Islamic Republic of Iran, Ayatollah Ali Hoseina Hamenei. 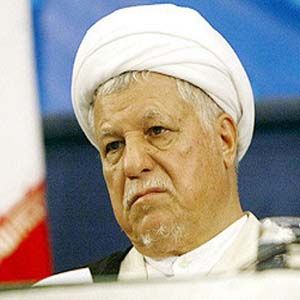 Opinion polls, which were conducted on the threshold of the presidential election in Iran, proved that the campaign would most likely consist of two stages. The polls proved to be correct.

Thirty million Iranian electors came to the polls during the first round of elections (from the total number of 47 million voters). None of the seven candidates won the required maximum of votes. It became the first occurrence in the history of Iranian elections. Rafsanjani, who used to serve two terms in the office of the Iranian president before the incumbent leader, Mohammad Hatami, obtained 21.6 percent of votes.

The former Minister for Culture and Higher Education, Mustafa Moin, was considered to be the main opponent of Rafsanjani, although he accomplished less – 14.2 percent of votes. The ex-speaker of the Iranian parliament, Mehdi Karrubi, came second after Rafsanjani, although Karrubi gave way to Mahmoud Ahmadinejad afterwards. The majority of observers could not even predict the success of the latter.

Ahmadinejad is a proponent of the neo-conservative party, which won the majority of seats in the parliament last year. The leader of the party used to work with the mayor in the Council of Tehran. Ahmadinejad is a neo-conservative politician, who is ready to conduct economic modernization within the framework of the political structure and the political leadership of the Shiite clergy. 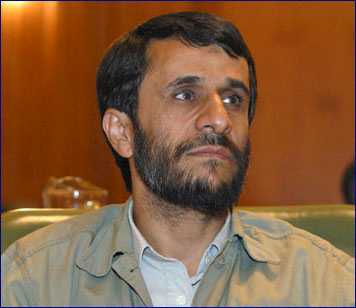 The current choice between the two candidates, Rafsanjani and Ahmadinejad, means that reformers have already suffered a debacle. The evolution of the nation's political regime will most likely become slower. New Iranian authorities may also toughen the control over mass media outlets and political organizations.

The dispute prior to the second stage of the presidential election in Iran was mostly connected with the candidates, not with their election programs. There is not much difference between the candidates' programs. The two rivals promised to pay special attention to young people's and women's problems in Iran.

If Rafsanjani takes office of the Iranian president, he will start dealing with economic issues of Iran first and foremost, like it was during his presidency in 1989-1997. Ali Akbar Hashemi Rafsanjani will try to establish strong ties with the US administration, if it is necessary for the Iranian economy. Rafsanjani is a strong, pragmatic and careful politician. Ahmadinejad's standpoint regarding the USA will be tougher, albeit rhetorically: the politician will also try to attract American specialists to Iran's energy projects.

Both Rafsanjani and Ahmadinejad are predictable politicians. It will be easier for Ahmadinejad to come to consent with the Iranian parliament and the Supervisory Council. It is worth mentioning that there is no candidate to take the position of the Expediency Discernment Council chairman in the event Rafsanjani is elected president. This important organization regulates conflicts between Majlis (the parliament) and the Supervisory Council.

The turnout of the electorate is also an extremely important issue during the second stage of the presidential election. A low turnout will at least reduce the legitimacy level of the new Iranian president. If worst comes to worst, the low turnout may foil the election, which will inevitably result in a national uprising.

The choice of the two presidents will not exert a considerable influence on the state of bilateral relations between Iran and Russia. Russia cooperates with Iran on the base of agreements that were achieved during Rafsanjani's presidency. If Ahmadinejad wins the election, Russia will have to take account of anti-American sentiments in the new Iranian administration.