Organization of Islamic Conference has always played a noticeable part in the international relations. Observers are no longer surprised at the international institution’s activeness in a wide variety of issues. Among other things last week in Saudi Arabia there was a meeting of the information ministers from the member states of OIC. The decisions drawn at this meeting in addition to some of the recent events give plenty of food for thought when it comes to the public image factor in the modern world politics. 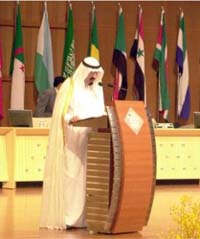 The outcome of much consulting among the information ministers from Islamic states was an address to the wealthiest coreligionists with a plea to invest more into the media business. That way, the ministers hope, the Muslim point of view could be better represented in the world mass media currents. However there are serious doubts that the Muslim businessmen would manage to answer the plea.

Despite the obvious and available financial means media investment is not a very popular thing in the Islamic world, to say the least. According to Reuter’s observations the only noticeable presence in sphere of world economics is Saudi prince Bin Tallah’s 5% participation in the stocks of Merdok’s News Corp.

Nonetheless, even if the Islamic business would decide to widen its media assets hardly any breakthrough could be expected. It is worthy of mentioning the counteraction that the Arab businessmen had to face when they attempted to acquire ports in the U.S. From that perspective Muslims have even less chances in trying to influence their position using the mass media industry.

Besides it is also obvious that Muslims all over the world are working on improving their image. Even in the seemingly politically correct United States the main lobbyist for the interests of the Prophet Mohammad’s followers – the Council of American-Islamic Relations – was forced to announce the beginning of a “re-branding” campaign. Many claims of the Council’s leaders sound a little amusing.

For example, they are going to do their best to contribute to the pluralism and the development of dialogue. This would be a good place to remember all the political speeches by the president Bush that speak of America being a chosen nation and of the necessity to lead an international war on terror. As is commonly known, the perception of personal chosedness does not very well encourage listening to the other side, which is a vital factor in a dialogue.

Also the complications brought about because of war require a national unity, which cannot afford being weakened by pluralism. But it seems that all these challenges don’t stop the American Muslims. Let’s assume that the businessmen inspired by the OIC address would turn out to be just as decisive and determined. Let’s further assume that they could manage to acquire the impressive assets necessary for broadcasting the Muslim viewpoint of the events in world politics.

However, it is known that the best defense is offense. It is no secret that the negative image of Islam is a direct result of the certain Western media’s work. It is therefore possible that the response of the potential Muslim investors could be a strategic negative projection of the Christian image. One doesn’t need to be a great expert to imagine what kind of terrible consequences on the global scale this can bring about.

In any case it is clear that the issue of comparing the actual events with their perception in the modern politics, including the international arena, is a very grave problem. The same United States finally realize with more clarity the pressing need to correct America’s public image, which has been so badly damaged by the actions of the Bush administration.

There are even special groups being formed that generally consist of the well-known U.S. tourist industry representatives, who are trying to present their country in a better light. But they don’t have an effect on the American diplomats, and consequently, they won’t achieve much. In the same way it is doubtful that anything will come of the many addresses and calls that were announced at the conference for the member states of the OIC.