President Hugo Chavez announced measures to probe tax evasion from foreign companies, which may add up to $2 billion

Speaking to the people through his Sunday radio emission “Alo Presidente”, Venezuelan President Hugo Chavez promised to tighten control over strategic oil resources. The leftist leader said his government is ready to probe tax evasion from foreign companies in crude terms: "The companies must pay what they owe. If they don't pay, they must leave." 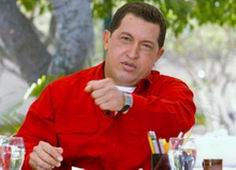 According to government reports, many private companies producing oil in the company have been evading taxes for years. Tax officials have said that many declare losses to avoid paying income tax. If that is finally probed, Chavez said they must be charged retroactively.

The case against foreign companies has been fuelled by lawmakers loyals to the President. Lawmakers expect to find evidence of tax evasion, royalty debts, production over the limit set by the government and irreversible damage to some wells, National Assembly President Nicolas Maduro, a pro-government lawmaker, was quoted as saying.

Oil Minister Rafael Ramirez said last month that many of these companies have evaded taxes for an estimated total of $2 billion.

Lately, Chavez promoted similar agreements with Brazilian, Indian, Russian and Iranian companies, as well as cooperation deals with their respective governments. On the other hand, the current administration has shifted its sales strategy in order not to be totally dependent of its main client: the United States of America.

With the above in mind, Chavez's government has been studying selling PDVSA premises in the US, including a large refinery in Texas. Venezuela is the world's fifth oil exporter and produces over 3 million barrels a day.