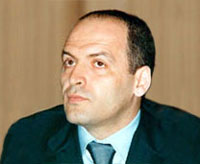 On Wednesday Vedomosti reported that Victor Pinchuk, a son-in-law to the former Ukrainian president Leonid Kuchma, had put part of his assets for sale. Mr. Pinchuk owns Interpipe group. His wealth is estimated by various sources in a range from $1 billion to 2.5 billion. According to Forbes, Mr. Pinchuk is a billionaire. He is said to be Ukraine’s second-richest man. The only Ukrainian thought to be richer than him is Rinat Akhmetov, his business partner in the ill-fated privatization of Kryvorizhstal steel plant. Even without the above plant, Mr. Pinchuk has a lot assets to sale.

According to data posted on the web site of Ukrainian Anti-corruption Congress, his Interpipe group owns all the pipe rolling facilities in Ukraine including Novomoskovsk pipe plant and Nikolsk stainless and seamless pipe plants. The group also owns more than 40 plants in the field of engineering, petrochemical industry, oil processing, construction. 8 plants including the famous Azovstal and Zaporozhiye smelter are considered the most valuable assets of Mr. Pinchuk’s Interpipe. Besides, Mr. Pinchuk also owns the media holding comprising such TV stations as STB, Novy Kanal, and ICTV.

Nobody doubts about the coming redistribution of assets under the new government in Ukraine. In actuality, the majority of most lucrative facilities of the Ukranian economy was privatized by large financial industrial groups during the second term of Leonid Kuchma. Meanwhile, some of Ukraine’s entrepreneurs were pushed aside from the process of privatization due to various reasons. As a result, some of them joined the opposition. In other words, the economic base of the new government that used to be the opposition is beyond comparison to economic capabilities of the business groups that took roots and developed under the old regime. Victor Yushchenko has to tackle a double problem caused by a lack of state control over the cash flows of those financial industrial groups. Firstly, some difficulties related to budget forming are beginning to come into view. Secondly, the groups could theoretically form an economic base for new Ukrainian opposition. During the election campaign of Mr. Yushchenko, his staff coined the following formula for propaganda purposes: the whole country is working for the three families with the Kuchma-Pinchuk clans being one of them. The former democratic opposition depicted Victor Medvedchuk, Mr.Kuchma’s former chief of staff under, as the most sinister figure of the old regime, the chief plotter and the worst crisis manager in the world. Unlike Mr. Medvedchuk, Mr. Pinchuk was mostly blamed for non-political wrongdoing. Needless to say, the family ties to Mr. Kuchma stigmatized the owner of Interpipe.

The stigma attached to Mr. Pinchuk looked even worse because the son-in-law actually owned the assets that under different circumstances could have been awarded to businessmen with more democratic convictions. The head of the Industrial Union of Donbass Rinat Akmetov was blamed by the opposition in a similar manner. Though he was not related to Leonid Kuchma, he was the richest man in Ukraine and did nothing for the benefit of the democratic opposition. In other words, he could have been an accomplice to the regime in certain circumstances. Actually, former Prime Minister Victor Yanukovich who is also from Donetsk as Mr. Akhmetov, was put on the list of the enemies of democracy shortly after the opposition called him a Kuchma-backed candidate.

Comparing the above three personalities, Mr. Pinchuk seems to be last person fitting the description of “the cornerstone of the old regime." The future of his business empire under a new president was his only concern. Unlike Mr. Yanukovich and Mr. Akhmetov who made their bets and decided to stand their ground, Mr. Pinchuk decided not to keep “all the eggs in the same basket." In the West he wanted to be portrayed as a market-oriented advocate of liberal democracy and Western values. He was hobnobbing with the Clintons, Bushes and Kissengers. He enlisted Steven Spielberg to help make a documentary about the Ukrainian Holocaust. His TV stations covered the election campaign in quite a fair way and the coverage became fairer since journalists staged mini-revolutions of their own by pledging their support to Mr. Yushchenko.

Mr. Pinchuk did not seem to have much optimism about the prospects for his operations in Ukraine under the new government. However, he could hardly envisage such a dramatic twist of the tale. If the information reported by Vedomosti proves to be true, Mr. Pinchuk looks really set to sell his assets for a song that would be better than nothing in case he would have to flee the country to avoid criminal prosecution. It is not the issue of Krivorizhstal that tops the agenda though it is quite significant that until now the government has not told the owners to pay additional money (“fair price”) and thus legitimize the privatization deal.

The latest developments in Ukraine indicate that “the people’s power” do not hesitate to use the Interior Ministry and the Prosecutor General’s Office for punishing political rivals. There is a very fine line between politics and economy. By all appearances, the hopes that the devil is not so black as painted are fading away. In the meantime, it is time to recall the comments made a month ago by Grigory Omelnichenko, member of the Yulia Tymoshenko Block and head of the parliamentary commission for investigation of the murder of the journalist Georgy Gongadze. Speaking to Nezavavisimaya Gazeta, he said that President Yushchenko verbally instructed the General Prosecutor Svyatoslav Piskun “to tear apart the Donetsk financial and political clan along with the Social Democratic Party.” According to Mr. Omelchenko, the Prosecutor General told him about it himself.

Vedomosti reported that the owner of Interpipe was offering his assets to the Russian entrepreneurs. They could take full advantage of Mr. Pinchuk’s difficult situation. The Russian business community has been given unique opportunity to buy profitable assets at a reasonable price and expand their operations. However, under the circumstances it would be naive to believe in Mr. Yushenko’s promises regarding more comfortable environment to be created for Russian business community in Ukraine.

On the photo: Victor Pinchuk