For the second time, Moscow's reaction to the natural disasters in Indonesia has been rapid, resolute and determined. After being one of the first countries to arrive with aid on December 26th after the tsunami devastated coastal areas in Southeast Asia, Russia has again been quick to send much-needed help to the area. 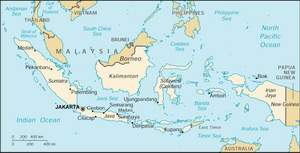 Alexander Yakovenko, spokesperson of the Russian Ministry of Foreign Affairs, explained at a press conference in Moscow today that an Emercom mobile hospital is to be delivered to Sumatra, where the emergency operation is being directed by the Russian Embassy in Jakarta.

The Russian initiative has received the complete support and cooperation of the Indonesian representatives, who are expressing their profound gratitude for the humanitarian action of Russia , declared Mr. Yakovenko.