The Prime Minister will arrive in Argentina, shortly after a local police officer brutally attacked a Russian diplomat and the local government unilaterally cut beef supplies to Moscow. 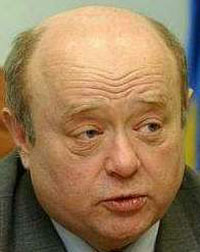 The Prime Minister of the Russian Federation, Mikhail Fradkov, is expected to visit Brazil and Argentina this week, but his tour to South America might not be as calmed as at first sight it may look. On Thursday, Fradkov will arrive in Buenos Aires, in the worst moment of the bilateral ties in decades, after a local police officer brutally attacked a Russian diplomat and the government of Nestor Kirchner unilaterally decided to cut out Argentine beef exports to Russia.

Last week the Russian Embassy in Buenos Aires denounced that one of its main officials had been seriously wounded by the local police, violating all international standards about the protection of foreign diplomats. The statement came one day after local media outlets made public a case filed in the Argentine Justice against a Russian diplomat who had apparently violated traffic lights in the center of the city.

The Argentine Foreign Ministry refused to comment over the Russian protest, but in Moscow, the Russian Foreign Minister, Sergei Ivanov, told reporters that he was disappointed with the Argentine attitude, as remarked that the South American nation had not behaved in an civilized manner and that it had violated all international legislation on the protection and immunity of diplomats.

But this is not the first incident between both nations this year. In an attempt to fight inflation by dropping the internal prices of beef, the Argentine government unilaterally decided to cut out meat exports to Russia and other countries, which have irritated Moscow. In order not to see its internal prices jumping, Moscow has been forced to rearrange its beef trade, as promoted new deals with Brazil and Chile.

“The position that a supplier leaves, has to be occupied by others. There are not empty spaces in nature”, commented Georgy Petrov, the Russian deputy director of Commerce and Industry.

In Brazil, Fradkov will find a much more peaceful mood to resolve pending commercial issues. Both countries will deal with the need to redress a sharp imbalance in bilateral trade. Russia's export to Brazil runs at only 700 million US dollars among Brazil's aggregate 2,300-million-dollar import. In view of this, Fradkov is expected to discuss a whole series of bilateral projects in space research, energy, and aviation sectors.

This week, a Brazilian cosmonaut was the first to reach the International Space Station (ISS) thanks to a previous agreement with the Russian government. The social impact of the achievement in Brazil was enormous, where its citizens celebrate the cooperation between both countries.

In Argentina, things will be different if Buenos Aires keeps refusing to even comment on the brutal attack to the Russian diplomat, who will not be able to attend to greeting ceremonies, because he is still hospitalized with his face absolutely disfigured.