The thesis about the end of the Cold War era became quite popular since the break-up of the Soviet Union. It is probably true, although publications about Russia in Western newspapers and magazines prove the opposite. The West still views Russia as a potential enemy; American pilots still train to down Russian pursuit planes. 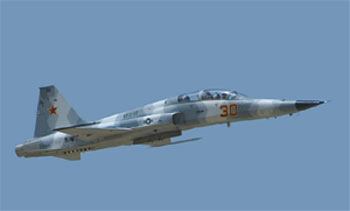 It does not go about Russian planes in the arsenal of the Chinese Air Force, for example. American pilots are being trained to show resistance to the Russian Air Force. One may come to this conclusion after analyzing Fox News reporters' experience that they obtained during a military exercise in South Florida.

F-5 supersonic aircrafts of the “Fighting Saints” squadron have been disguised as Russian MiG pursuit planes. F-5 pilots play the role of “bad guys” according to a Fox News correspondent. A spokesman for the US Navy command said that US military men were imitating the tactics of the enemy, the defensive potential, as well as fighter-pilots' way of thinking. American pilots work with the planes, colored like enemy pursuit planes, they “invade” restricted air space and then defend themselves against the aviation of the US Navy.

Realistic military exercises with the participation of a “conditional enemy” have become very popular in the States: MiG-colored American planes have “invaded” the south of Florida seven times since the beginning of the year.

It is an open secret that the US Army had special units during the Cold War era. The units were armed with Soviet weaponry and arms that were used for portraying the “potential enemy.” The “Fighting Saints” air squadron was formed in 1973 to imitate the actions of a possible enemy in an air fight. However, that was the time, when the two super-powers were standing against each other. It seems that little has changed for Pentagon since that time – the US command still prefers to train its pilots in the Cold War style. 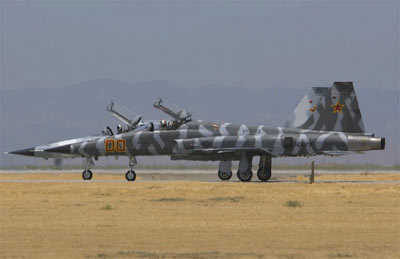 One may also consider it as a compliment too, especially against the background of talks about the lamentable situation in the Russian Army in general and in the Air Force in particular. One shall assume that there is still a hope as long as Americans prefer to train on Russian MiGs.