Why has the uproar in the Muslim countries occurred now?

The disturbances provoked by the publication in European newspapers of cartoons which are insulting for Muslims continue. In the capital of Syria , Damascus, the governments of Denmark and Norway have been condemned. A crowd of demonstrators in neighboring Lebanon burst into the grounds of the Danish Embassy and set fire to it. Iran has decided to cease trading with all European countries whose newspapers published the cartoons. In Iran ’s “axis of evil” are Denmark, Norway, Germany, France and Italy. It is true that some of these countries, France for example, are Tehran’s most important economic partners. Therefore the question arises of how long Iran will stick to their position. 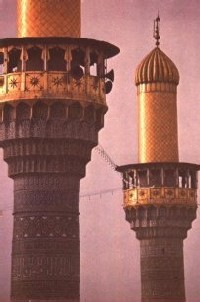 Why has the uproar in the Muslim countries occurred now?

Meanwhile the European Union and separate states, and the future members (moreover those that have suffered the wrath of Muslims) are taking a defensive position. In European capitals people prefer to discuss the huge role that the freedom of speech plays in the modern world. Many Europeans in fact do not understand why such cartoons (ones indeed that are not without a certain wit) are able to provoke such strong emotional reactions.

Tens of millions of Muslims, on the other hand, think that the newspapers that published the cartoons have acted dishonorably and have insulted believers.

However, one still feels that the current conflict in the main was provoked artistically. It is a fact that the Danish newspaper “Jullands-Posten” in publishing the cartoons has acted unprofessionally. In this matter the freedom of speech is not under question. The cartoons were published last September and so why have people only remembered them at the end of January 2006?

It may be merely coincidental but the beginning of the anti-Danish (now it is more appropriate to say anti-European) feeling in the Islamic world has occurred at the same time as the victory of the radical movement Hamas and the new tension aroused by Iran’s nuclear program. As a means of deflecting attention onto other problems, the uprisings have undoubtedly been good to some extent for the leadership of Hamas. People now speak about the future Palestinian autonomy much less frequently than during the first days following local parliamentary elections.

The current events are one way for Iran to assert itself as leader of the Islamic world. The Iranian leadership has at any rate not been affected by the withdrawal of ambassadors from the “culpable’ countries but has even announced the ceasing of trading and economic ties with the countries. They say that their beliefs are more important. Such a position has found public support in many Muslim countries. This gives Iran more advantage in its unrelenting struggle for leadership in the Islamic world.

In the background there still remains one of the main players in the Middle East – the United States. It is perfectly possible to say that Washington will try to derive some benefit from the troubles which Europeans are currently experiencing. The American administration has classed the publication of the cartoons as “irresponsible”. However, in other events the White House continues to underline the importance of the freedom of speech.