Russian President Vladimir Putin will discuss new strategies to fight terrorism, as well as anti-corruption measures and other key trade issues at the Asian Pacific Economic Cooperation annual summit, this weekend in Santiago de Chile. USA's George W. Bush, China's Hu Jintao and Mexico's Vicente Fox, are among the leaders that have also confirmed their participation at the forum. 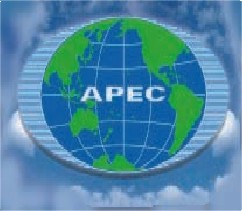 Prior to the Leaders' Meeting, a series of supporting events will take place including the 16th APEC Ministerial Meeting on November 17-18.  There, at the gates of the Andean Mountains, foreign ministers from APEC's  21 countries will discuss key issues of the global agenda, with those related to cooperation against terrorism in the Pacific at the top.

Under the 2004 theme of “One Community, Our Future” other high level events taking place in the lead-up to the Leaders' Meeting are the concluding meeting of APEC Senior Officials, the final meeting for 2004 of the APEC Business Advisory Council and the APEC CEO Summit.

According to an official statement issued by APEC's organizators, the range of issues covered by Leaders, Ministers, Senior Officials and other forums is likely to include the key themes addressed during the 2004 APEC Year Hosted by Chile.  These include:

- Enhancing the efficiency, stability and security of financial markets.

- Preparation for the Mid-Term Stock-Take of progress towards APEC's free trade and investment goals that will take place in Korea in 2005.

Left-leaning global groups are preparing a series of protests against leaders attending to APEC. Santiago reports that special security measures have been taken to control the situation in the area.