Western Sahara and the Guergarat War: End of Armistice or End of Impasse?

Western Sahara and the Guergarat War: End of Armistice or End of Impasse? 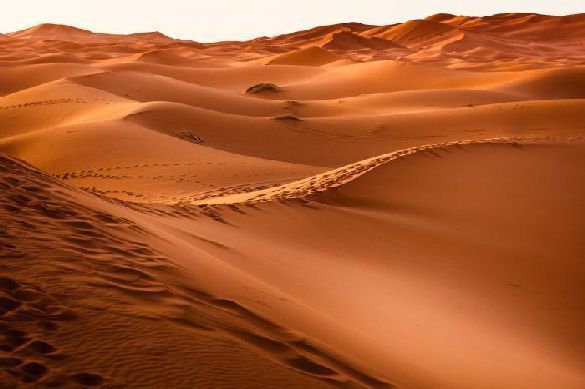 On November 14, 2020, the Polisario Front declared an end to the ceasefire with the Kingdom of Morocco that the two parties had signed thirty years ago under the promise that a referendum for the self-determination of the Sahrawi people would follow (Paget and McCluskey).

The Polisario Front is the Saharawi liberation movement and the sole representative of the people of Western Sahara. The organization was first formed as a resistance unit against the Spanish occupation of Western Sahara during the last half of the 20th century ("Western Sahara"). Due to international pressure at a time when colonization was increasingly being regarded as immoral, Spain endeavored to relinquish its control of the territory. Instead of brokering an agreement with the land inhabitants (the Sahrawis), Spain secretly plotted terms with Morocco and Mauritania, staging a handoff of sovereignty over the Western Sahara through the now infamous Madrid Accords of 1975. The accords would be signed only six days before the death of Spain's dictator, Francisco Franco. To ensure that Spain's imperialist legacy endures, Western Sahara would not be given up for the idea of a people's right to self-determination.

No intention of trading one master for another

The Polisario had no intention for trading one master for another. Thus began, with the assistance of Algeria, an armed struggle against the prospective colonizers-Mauritania and Morocco. Four years later, the Polisario forced Mauritania to withdraw their claims to the territory, followed by Mauritanian recognition of the Saharawi republic ("Western Sahara"). A brutal war between Morocco and the Polisario would continue until 1991, when the ceasefire was arranged under the auspices of the United Nations.

Though the war stopped, Moroccan pressures, coupled with the UN's unwillingness to bring its own resolutions to bear, effectively curtailed the possibility of the promised referendum-where Sahrawis would decide whether they wanted to be part of Morocco-to take place. All hopes to realize the UN-brokered peace settlement vanished with the wind despite numerous attempts at resolution via direct and indirect negotiations throughout the years.

The long-held ceasefire was brought to an end in the aftermath of Morocco incursion into and occupation of the land strip Guerguerat (Paget and McCluskey). This piece of land, though small, is paramount, as it remains legally within the Polisario side of the United Nations' administered buffer zone. The pretense for this incursion was a Sahrawi nonviolent demonstration protesting Morocco's use of the strip to access Mauritanian lands for commerce and other interests.

Moroccan officials maintain that the protests were orchestrated by the Polisario Front in order to gain greater control within the demilitarized zone. However, they have not been able to provide any evidence for this claim. The truth of the matter is that the breakdown of the ceasefire was inevitable. Thirty years of inactivity and illegal plunder of the occupied zone's natural resources at the hands of Moroccan, Spanish, and other countries' corporations, many exiled Saharawis living in Algeria, as well as those in the OOTT, who are routinely terrorized by Morocco's secret police, has led to a widespread discontent with the status quo among Sahrawis, who increasingly began to see war as the only pathway to decolonization.

Where is the UNO?

Moreover, there are fewer members of the United Nations today who acknowledge the Sahrawis' right to self-determination than there were when they first declared their right to independence from foreign rule in 1991.

Morocco has since implemented a media blockade within the occupied territory. This is a common tactic they employ in order to stop the rest of the world from seeing the unrest and rampant human rights abuses committed on occupied land. Moreover, this blockade makes it difficult for Sahrawis to mobilize against the occupiers. This lack of media coverage, coupled with pro-occupation propaganda directed at the international community, and secret police, are all tools utilized by Morocco with great efficiency. These efforts are precisely what crushed the Sahrawi nonviolent resistance movement in 2011 with the Gdeim Izik protests. (As a side note, the fact of the Arab Spring's beginnings in Gdeim Izik-Sahrawis' camp of dignity denouncing Morocco's colonization-has been reverberated by the laudable public intellectual Noam Chomsky.)

The occupier must ask themselves, are the benefits of the occupation worth the costs. Morocco's economy currently relies far more on tourism than it does on the Western Sahara. War-torn countries seldom make for attractive tourist destinations, and that is exactly what Morocco will become in the event of its continued illegal occupation of the Western Sahara. It bears stating, Morocco is the one responsible for this war. In addition, Morocco's plunder of the Saharawi natural resources is now faced with legal battles in many countries. More importantly, Sahrawis are tired of languishing in refugee camps while the world forgets about their 40 decades of patience and suffering. Many Sahrawis are young, educated, unemployed within the camps, and growing more and more frustrated at the lack of international action. For them, there is nothing to lose and everything to gain-one man fighting for his home is worth ten fighting for a salary.

To conclude, the Western Sahara question has larger implications that may reverberate far beyond the Maghreb. In the Peloponnesian War, the Athenians besieged the island of Melos. The Melians asked the Athenians why they were attacking them. After all, Melos had pled neutrality. The Athenians replied, "The strong do what they can, and the weak suffer what they must." Note that the Athenians would later be conquered by the Spartans, never to rise whole again. We either live in a world of international law and cooperation, or it is survival of the fittest. If it is the latter, the Sahrawi would rather fight and die than to live under Morocco's heel. The nation that turns a blind eye to Morocco's occupation of the Western Sahara can be the recipient of occupation of their own. The Athens of today can be the Melos of tomorrow.