Bahrain under the microscope

Bahrain under the microscope 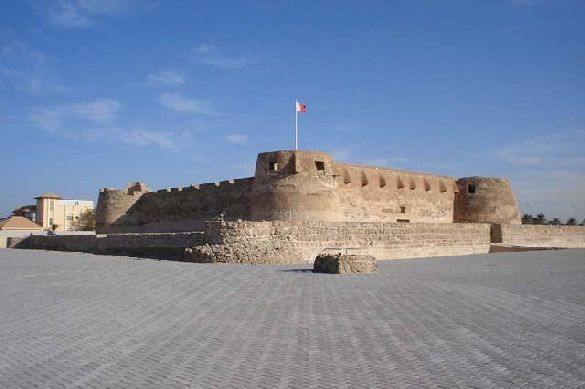 Interview with Lebanese activist, journalist and blogger Sondoss Al-Asaad about the situation in Bahrain.

1) Can you remind the readers what Bahrain is today and the composition
of its population?

A) Bahrain is a tiny geostrategic island composed of 33 smaller archipelagos situated near the western shores of the Persian Gulf, with a 765.3 km2 area. There is no official statistics regarding the population, which makes political naturalisation easier to implement and allows elections to be misrepresented.


2) When did the Bahraini protests start and why did the population start
demonstrating in the streets?

A) In 2011, tens of thousands of Bahrainis flocked into the streets in a bid of gaining some of their fundamental rights. Nevertheless, they were suppressed, thousands were fired from their jobs, arrested along with 13 of the opposition leaders, dozens were killed extrajudicially and severely tortured, 28 Shitte mosques were demolished, etc.

As mentioned earlier, the political unrest and the deteriorating of human rights violations committed by the authorities isn't any new. Yet, currently, the political situation in Bahrain has significantly escalated ever since the US-brokered normalisation accord between the government and the apartheid Zionist entity was signed in Washington last month. The struggle against this illegitimate entity is part and parcel of the Bahrainis history, as those have supported the Palestinian righteous cause since 1948.
It's noteworthy to mention that the political unrest in Bahrain hasn't only emerged in 2011, inspired by the so-called Arab's Spring. Indeed, the crisis dates back to the 1950s. The Bahrainis have long demanded to take part in  the governmental process and decision-making. However, backed by UK and US, the government has opted to suppress everyone who dares to protest against its absolute powers. Hence, the recent normalisation deal is absolutely unconstitutional as the citizen, who mostly happen to be Shiites, haven't been consulted. Meanwhile, and on daily basis, the vast majority of Bahrainis, from different relgious and political ideologies protest against the deal. They protest online because the freedom of assembly is criminalized.

3) How did the Manama authorities react? What support does the Bahraini
government receive and from whom?

A) Arbitrary arrests, mass dismissals against thousands of employees, citizenship revocations, enforced disappearances, unfair trials, systematic targeting of Shiites religious and educational institutions, congregational prayers are banned, and the sequence never ends as the government has been given green light by their allies UK and US.


4) Are there foreign countries that support the claims of the people of
Bahrain?

A) Not actually. This dilemma hasn't been supported by influential governments. Some initiatives hasn't been quite effective and this means that the Bahrainis wound is not healed yet.
It's noteworthy to mention that Qatar initiated a proposal to resolve the situation, sponsored by Washington, yet when the dispute between Bahrain and Saudi Arabia against Qatar, the meditation was politically manipulated whereby Bahrain's top oppostion leader Shiekh Ali Salman was accused of alling with Qatar to topple the regime, and as a result he was arbitrarily sentenced into life in prison.


5) What position did the United Nations take? Are we facing yet another
case of "two weights and two measures"?

A) Absolutely true.. The UN and the rest of international bodies are whatsoever dominated by the empire and lack basic control over their supposed war. Special Rapporteurs of the UN are not allowed to visit Bahrain and the regime has never implemented by its recommendations. On the contrary, the regime pays millions to whitewash its image globally.


6) How do you think the situation will evolve in Bahrain?

A) In 2011, people kicked off to the street calling for freedom, justice, rights and an elected government having complete authoritative and constitutional powers. The Bahraini case is obviously linked to the whole political scene in the region. As the long as the US is in the region, the peoples will continue to suffocate because of their fake fabricated colonial regimes.


7) I would like to conclude with two more general questions... Shiites
have Tehran as a political and religious point of reference: is this why
they are so hated in some parts of the world?

A) Iran existence in the region dates back for more than 5 thousands years. This propaganda only benefits the Zionist ambition to have a foothold in the gulf, curtail Itan and establish their dream of "Big Israel". The Catholics have Rome as their guardian just as how the Shiites have Tehran as a religious guardian. Politically speaking, without Iran none of the Shiites who have long been persecuted have ever dreamt of independence and freedom. The empire's schemes are well perceived by our nations and the attempt to demonize Iran have gone in vain. Observe the "Sunni" Palestinian resistance and you will totally agree that this myth is fabricated by the Zionist lobbies.
Organised and systematic hate speech is being orchestrated to slander Shiites by official news agencies, which consistently broadcast hate speech whereby Shiites are referred to in slanderous, racist and derogatory terms (loyalists to Iran, Safavis, Rafidah, Kafer, etc.) and they religious places are described as dens harbouring terrorist activities.

8) Can we speak of a "Shiite revival" or is it only a Western misunderstanding?

A) it's a total myth. The Westerns sectarianize each and any poltical crisis whenever they feel that their interests are threatened. It happens to be that 70% of the Bahraini population are Shiites. Nonetheless, those who have kicked off to the streets of Manama, in 2011, weren't only Shiites, but there were Sunnis and leftists. The Shiites happen to have their prolonged culture in this island and definitely they have the right to protect it from the authorities' systematic practices particularly against the political naturalisation. Since the Al Khalifa family assumed power, Bahrain's Shiite majority have been enduring continuous and systematic sectarian persecution. The government laboriously works on modifing the demographic by carrying out mass political naturalisation of foreign mercenaries whilst the indigenous people are subject to citizenship revocation and deportation. Political naturalisation has been described as a strategic project by Dr Salah Al Bandar, who was an adviser in the Cabinet Affairs Ministry. The Al Bandar Report was leaked between July and August 2006. It contains plans to exclude and marginalise Bahrain's Shia in all executive branches, "cleanse" their existence from national institutions, and prevent them from educational opportunities and some benefits, through discriminative policies and creation of forums fomenting sectarian tension.