The cold war in the hot Aegean

The cold war in the hot Aegean 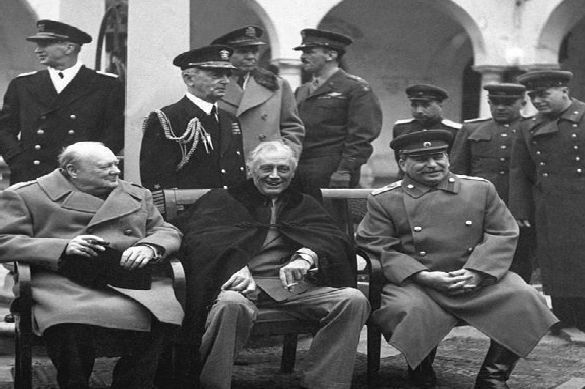 The clash in the Eastern Mediterranean between Greece and Turkey is only the huge tip of the iceberg of a confrontation that has deep roots and involves the world. The Turkish moves, with Recep Tayyip Erdogan's ships going crazy in the Aegean and the Levant together with the Turkish aviation fighters, not only represent the image of a leader in search of glory and with hegemonic aims, but a real long-term strategy which risks unleashing all the forces involved.

The assault of the Ankara's fleet between Cyprus, Crete, Rhodes and Castelrosso is not a confrontation exclusively with Athens. Behind there is something bigger that can affect the entire Mediterranean strategy and that involves various European and international actors. The waters of the Aegean and the eastern Mediterranean are precious for the strategy of all the regional and world powers that want to control what is happening in the Mare Nostrum basin. And it is quite clear that what Erdogan decides implies a change of pace for many and an acceleration of processes already underway. Starting with a new development of the Atlantic Alliance and the consequences of its deterioration.

In fact, a first strategic profile should not be overlooked. Greece and Turkey are both fundamental partners of NATO which, for the United States, cannot in any way weaken the Southeastern flank of the Alliance. President Donald Trump has already made it clear that he has no intention of accepting such an escalation in those waters and has phoned both the Greek premier and the Turkish president.

For the United States it is essential that the differences that are bringing Athens and Ankara to the brink of war end before it is too late. The survival of NATO in that quadrant is a pillar of the American Euro-Mediterranean strategy but it is above all a way to stop both China and Russia, which see from the Eastern gate a way to enter the warm waters of the Mediterranean.

In recent weeks, since Erdogan began to move his pawns and to implement the maneuvers of the Oruc Reis and its military ships, the United States has made it clear that they are very interested in that quadrant, making it clear to Turkey that it has no particular interest to a further Turkish push from the East. The strengthening of military agreements with Greece, in particular in the Alexandroupolis bases, as well as the memory of what happened last year with the devaluation of the Turkish lira and the maneuvers of the American finance have already made it clear to Erdogan that he cannot play too much with fire. The impression is that the United States, at least up to now, has chosen to let other European partners talk to avoid excessive entry into the field. However, the fact that the US Navy made drills in the south Crete [1] with the Greeks and carried out a Passex with the Turkish Navy sends a signal about Washington's watchful eye in the hot Aegean and Levant front. With the frame of the gas confrontation and the American blessing for the gas pipeline between Bulgaria and Greece.

The weakening of NATO

The weakening of NATO obviously also affects Russia, given that the Dardanelles and the Aegean represent the natural passage for the Moscow fleet towards Syria and Suez. Turkey for Vladimir Putin is a useful partner as well as very difficult to manage, while Greece, despite having good relations with the Kremlin, is rooted within the Atlantic system. An excessive NATO military presence not only inside the Black Sea, but also in the Aegean and the Levant, would make the passage and maneuvers of the Russian fleet, which is based in Tartous and which usually enters the Mediterranean or passing from Gibraltar or the Bosphorus. An example of what the Atlantic presence in these waters can mean is given by the latest Russian moves between Syria and Cyprus. The Greek media [2] are reporting an increase in the Kremlin's naval presence with some means moving in total radio silence. There is talk of a possible new tension in the parts of Idlib, but it is clear that in Russia they are beginning to fear that the escalation in the Aegean and neighboring Cyprus could lead to a strengthening of the NATO presence.

The clash also clearly affects the European chessboard. France made a choice: Greece. The message published by Emmanuel Macron in Greek in support of the Greek government with respect to the aims of Ankara and the arrival of the ships of Paris in the Eastern quadrant of the Mediterranean represent the moves of the Elysée to rebuild its presence in the region. With the military agreement between France and Cyprus, the overbearing entry into Beirut and the ships in the Aegean, Macron showed his muscles towards Erdogan, becoming the new leader of an eventual block of opposition to Turkey, which also passes through Libya and the Middle East. A fundamental question if combined with a NATO in an identity crisis, a Paris in search of military leadership and the desire to sell its weapons systems to Greece and Egypt.

Germany on the other hand has a different role. Angela Merkel sent Heiko Maas to Athens and Ankara to try to mediate between Greece and Turkey. Important diplomatic move that recalls the German hand on an area that has always been a pillar of the Berlin strategy. Greece, especially after the great financial crisis of 2008, has turned into a sort of German protectorate from an economic and political point of view and is a fundamental terminal of the Balkan corridor for German interests. Turkey, on the other hand, is an essential partner for the Germans, not only from a commercial point of view, but also from a military point of view: Ankara is a leading buyer of tanks and naval vessels from German shipyards. - If this profile is combined with that of the strong presence of nationalist Turks in Germany, with Erdogan capable of inflaming them even against the Chancellor herself, here we can understand why Berlin is very keen to take over the direction of the clash. An issue that makes it clear why Italy has not taken such a clear-cut position as France did: playing ahead of Germany and the United States can be fundamental.

After WWII and the emergence of the new world order of 1945, the Western Allies and NATO sought to "contain' Stalinist Russia, and have pursued this dangerous policy to the present