A matter of political censorship

A matter of political censorship 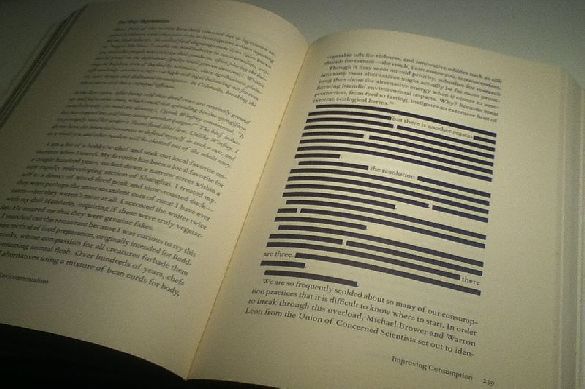 A few days ago, YouTube removed my first video interview with Senator Richard Black of the Virginia State Senate. An interview that dates back to January 2016 when the war in Syria entered its horrible fifth year. Black is still one of the very few western politicians to have exposed himself in defense of Syria and its people. He could have ridden the official version, perhaps gaining significant advantages in the American political world. Instead he has always done the opposite, remaining consistent with his choice up to the present day.

After four years since then, what could have disturbed the candid souls of YouTube so much that they have deleted a video in which a legitimate representative of the American people speaks? What has disturbed the sleep of some champion of freedom, quick to close your mouth when you say something he does not like?

A short article that I propose hereto the readers accompanied the interview at the time, which I carried out with a lot of naivety and innocence.

"In a recent article published by the London Review of Books, Pulitzer Prize-winning Seymour Hersh [1] has extensively analyzed the war in Syria, from its beginning to the present day: now five years of proxy war, commissioned by the Persian Gulf monarchies and the Neocon environments in the US military and political apparatus. It is a vile and inhuman war, passed off as spontaneous popular revolution against the tyrant on duty but prepared well in advance years ago, as already admitted by General Wesley Clark in 2007 when he enunciated the infamous list of seven nations to break down in 5 years: Iraq, Libya, Syria, Lebanon, Somalia, Sudan and Iran.

The report of Hersh, one of the best-known American journalists of political and military events, shows us that there has been a sort of "army rebellion" that has seen the Pentagon of General Martin Dempsey opposed to the CIA and the State Department. In fact, the Pentagon opposed the fall of Syrian President Assad providing information against the attacks of the terrorist mercenaries and in various ways preventing the supply to them of weapons and supplies. This conflict between parts of the American apparatus seems unbelievable but it really happened.

Virginia Senator Richard Black, already known to readers, expressed his views about what written by Hersh in his report.

The Pentagon had commissioned a detailed analysis of all available information at the level of Intelligence, Senator Black confirms, and from it did emerge as the fall of President Assad would have had catastrophic effects on the stability of all the Middle East and would have caused a potential danger for Europe itself. This analysis highlighted the links between the Gulf monarchies and Turkey's President Erdogan, an alliance created to destroy Syria in the name of common oil interests, but not only.

The rebellion of the military, Senator Black says, is understandable remembering how the American soldier, but also the public employee, swear allegiance not to a direct superior or who is in charge in the government but to the Constitution of the United States. Who does this oath shall defend the Constitution against all enemies outside or inside.

With regard to relations between Turkey and ISIS, Senator Black is very clear: President Erdogan is pursuing a plan of neo-Ottoman restoration. Regardless of the consequences, Erdogan is blinded by a huge thirst for power, Richard Black's opinion, that is pushing him, among other things to change the constitution of Turkey to gain such powers similar to those of Adolf Hitler.

It remains a question on the table: why help Syrian terrorists? Senator Black remembers us how, sadly, there are strong economic ties between the Saudi royal family and the Bush, the Clinton and other important figures in American politics. Senator Black declares himself as astonished by the level of cowardice in the America Congress where no one, except for congresswoman Tulsi Gabbard, stands up to tell the truth.

It will take many years to repair the damage caused by the current US policy in the Middle East and Erdogan is the new Hitler, Senator Black concludes."

So far the article. There are, however, a couple of notable points in this otherwise forgettable censorship story.

The first is how far YouTube's "experts" have gone back in time: four years!

Another reason for concern is that YouTube allows you to file a short appeal against removing the video. In my naivety (which never goes away...) I wrote the following:

"Dear Sir/Madame. The video in object was one of my interviews with Hon. Senator Richard Black, 13th district of Virginia's State Senate. Senator Black was and is Purple Heart in Vietnam, Marines expeditionary corp. He served also as JAG high officer and prepared Presidential orders when in Pentagon. He is many other things, all of them honest and honorable. Above all, he is an honest man, a true and fearless patriot. He loves America and offered his life in war to defend it. As I deeply respect Senator Black and he trusts me, I'll inform Senator's Black aide of your decision because I'm sure he never speaks or spoke for nothing, without checking carefully all the sources. At the same time, I ask to you, respectfully, to review your decision and make the video public again. Warm Regards"

They seemed reasonable words to me. Time five minutes and I received confirmation of the cancellation of the video. Perhaps the word "patriot" made them freak out... Possible?

Be that as it may, I have informed Senator Black, who has agreed once more to answer some questions.

1) Senator, why do you think political censorship is becoming more common in the United States and the Western world?

A) Computer technology has facilitated an unprecedented level of media censorship. The concentration of computer technology and social media into the hands of a few liberal oligarchs has allowed them to coordinate and utterly destroy certain publications, such as Infowars, which once served millions of households before it was shut down through the concerted action of key internet players. I heard that 20,000 pro-Iranian social media accounts were purged at the behest of the CIA and Department of State.

My 2016 interview regarding actions taken by the Pentagon to prevent al Qaeda from overwhelming Syria, was purged from history. It was not removed because it was false; it was censored because it accurately revealed CIA misconduct.

For several years, I watched an excellent program called "Syria Girl". The Damascus-born woman's name is Maram Susli, and she is a bright, well-informed Syrian-Australian. Her presentations were neither graphic nor impolite. They were accurate, insightful, and presented in a clear, pleasant format. However, her narrative often exposed the CIA's complicity with Al-Qaeda and other terrorist organizations. She was effectively shut down several years ago and much of her material is difficult to reach.

2) Some social platforms offer free services but reserve for themselves rights that sometimes go against the public and social dimension of what they offer, even when it is free. How to solve this contradiction?

A) Social platforms like Facebook and Twitter have decided to thoroughly censor controversial points of view. Twitter sometimes censors the President of the United States. It does not matter whether the thoughts expressed are unquestionably true or not. Facebook and Twitter will censor them if they simply prove offensive to certain powerful interest groups.

As more and more communication takes place over social media networks, we must change the way we look at those outlets. Libertarians believe that since the platforms are privately owned businesses, they are free to censor whatever they wish. However, these platforms have become powerful monopolies. And America has an established history of regulating monopolies. A privately owned electricity company cannot terminate its service simply because it dislikes the political views of a customer. The water company cannot cut off your water because you refuse to vote the way they want you to.

By the same token, social network platforms carrying billions of messages daily must be regulated to prevent them from suppressing heterodox views. The best way to accomplish this is by breaking big companies into pieces that no longer exert monopoly control.

Unless Western governments act to end this censorship, freedom of thought, freedom of speech, and freedom of expression will be lost. Along with that loss will come the end of intellectual freedom and, over time, Western civilization will perish.

3) What future does democracy have if a society is divided into quarrelsome lobbies invoking censorship to silence any possible opposition?

A) Democracy requires freedom of speech and freedom of the press. However, those freedoms have dramatically declined ever since the mysterious attack on the Twin Towers on 9/11. Since that event, the government has engaged in widespread domestic spying and censorship.

Today, violent street gangs are further eroding free speech across the nation. Mobs led by Black Lives Matter (BLM) and Antifa have looted, burned, and even murdered opponents. They have torn down statues in order to erase history. One college professor recently proposed that we stop teaching all history until we have rewritten it in a way that the mobs find suitable.

From every direction, freedom of speech and the press are under siege. Neither Congress nor federal courts have taken action to defend freedom. Even the COVID-19 hysteria has been used to extinguish freedom of expression. Using social media, alternative views about the virus and its treatment are being purged and silenced.

4) A future awaits us in which love is mandatory by law, under penalty of censorship and to become a non-persona?

A) People are being forced to comply with government edicts in both their thoughts and in their words. The free exchange of ideas is dying in America. It has become nearly impossible to question things like homosexuality, global warming, and COVID-19.

Link to Yandex for the video removed from YouTube: https://yadi.sk/i/oLAyt5QKq735aA