Italy: A government reported to the court?

A government reported to the court? 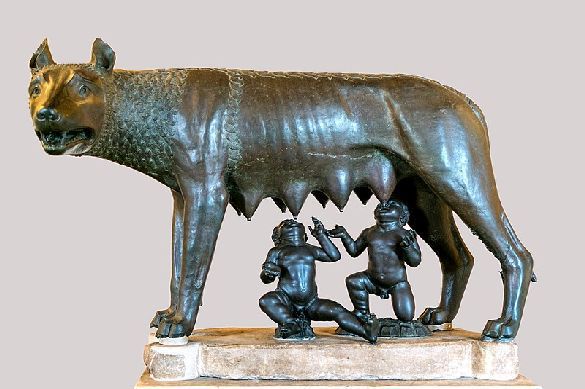 The unsustainable heaviness of the Italian quarantine at the time of the coronavirus seems to slowly come to an end. Increasingly exasperated by not being able to leave home and tormented by the powerful awakening of Nature, the Italians learn that their unfortunate country will start to move again from April 17 and that a semblance of normalcy should return from May 3. It is a mystery, however, how many stores and small and medium-sized enterprises will actually be able to restart. The government has promised 600 euros for every VAT number that fulfilled the request, plus some other incentives, but overall these aids seem to be trifles bad organized and poorly distributed, especially if compared to the provisions of other European countries, Great Britain and the United States. Rent to pay, bills and taxes postponed but not canceled. How many will not return to business? After an epidemic lived more through sight navigation sanctioned by the daily count of the dead than through some action plan designed with reasonable advance, Italy could end up with a huge number of unemployed.

Courts should also resume work: in a previous article [1], I spoke of the suit that the two lawyers Sinagra and Lonoce had filed against the government of Prime Minister Giuseppe Conte, apparently guilty of initially underestimating the danger posed by the coronavirus. In fact, the complaint by Sinagra and Lonoce had been preceded by another, similar, presented shortly before by the lawyer Carlo Taormina [2]. Many Italians will remember him for defending some excellent accused in the Clean Hands investigation.

News of a few days ago [3], the amendment "penal shield" has been removed and the activity of the courts should not be limited by a legal loophole that had sparked many indignant protests.

What follows is a long interview with Taormina, in which, once more, the limits of our poor country are highlighted.

Q) Why did you report to the court the Italian government of Prime Minister Giuseppe Conte?

A) Actually, I didn't report anyone. I limited myself to exposing certain facts by asking the judicial authority to determine whether these facts, as they occurred, could lead to the committing of a crime and, in the case of a positive response, to identify who are accountable for them. It is obvious that the issue concerns both members of the government and technicians who supported the initiatives and decisions that the government has taken, but in short, I made no names or surnames. I only told the Italian judiciary to do its duty in this respect. As for the substance of things, then it seems to me superfluous that I am here to say the reasons ... the debacle that occurred in the management of the coronavirus emergency is under the eyes of all. There was an omission of activities and cautions for about forty days, in the full awareness that it was an extremely serious situation, even in the awareness that it could all evolve into a pandemic, as indeed happened, and this has meant that they piled up dead for forty days after they had piled up almost twice as infected. So, I think it is such a concrete and specific data, that it has a scientific demonstration, even from the point of view of the thesis, of the indications that I have given, because at the moment when the toughest measures were imposed, with which we still we compare, the contagions have dropped, the deaths are at least stabilized if not decreased... in short, we went towards the more favorable curve. So the scientific data is absolutely unsurpassed.

Q) What reactions have there been to your complaint? Can you give us some examples?

A) The reactions first were those of Sinagra and others. Both Sinagra and two or three other lawyers took pen and paper and did exactly the same thing I did. The first, for what it might be worth, to file the complaint, was me. Then, in fact, I saw that my colleague and friend Professor Sinagra did the same thing. The reaction, as it seems to me, is almost disconcerting, at least as far as the Public Prosecutor of Rome to whom I turned, as far as I know, is still at the window and therefore I do not know if it has taken concrete measures, but I understand that the investigation is ongoing. While, which I also represented at the public prosecutor's office, other Italian public prosecutors, in particular those of Bergamo and Milan, are making those investigations which in truth should be investigations that Rome should carry out because the decision-making center for all that is happened in Lombardy was the Italian government. Because it was the Italian government that had to set up the Red Zone and it didn't. It was the Italian government that gave the Lombardy Region an indication to put coronavirus-infected people in the homes of the elderly [in the hospices], where an extermination was practically done. However, this is a decision that the Lombardy Region has made on the basis of the indication, let's say also of the taxation, of the High Institute for Health which is an organ of the Italian government.

Q) What are the chances that your claims won't get lost in some judicial quicksand?

A) Look ... I think that this danger has already been averted, because, in fact, we know that in these hours, that just today [Tuesday, April 14, 2020] as reported by the press, that there were sweeping searches in all Lombard nursing homes. So this is a very important first point. I also know that in Bergamo, in particular, an investigation was undertaken regarding the failure to establish the Red Zone in the two towns of Alzano Lombardo and Nembro, the Red Zone that was to be established, the Lombardy Region was guaranteed to be established, and instead the Italian government did not set it up. It seems to me that we are faced with such elementary situations ... and therefore the answer is that, except for what Rome or other is doing, the other prosecutors have given momentum [for the investigations] because these things I am talking about, I have them on time report ... in Rome, because I believe that Rome is competent, because the Italian government has decided in Rome.

Q) Is it true that the amendment concerning the "penal shield" has been withdrawn?

A) Yes. The situation is this ... The penal shield was presented as an amendment in the context of the work for the conversion into law of the Conte decree [Healing Italy]. I became aware of it and, of course, there was a rather close debate for two or three days in the press. Ttherefore the amendment was withdrawn except that, just three or four days ago, from the parliamentary review, it had turned out that in a very long article, in which they talked about other things than what we are talking about now, the amendment has been reintroduced, in the form of a sub-amendment. Indeed, even improved, because there is no shadow of doubt that we are talking about institutional bodies, to go down from these to the heads of the ASL [Italian local structure for hospitals and public health], etc. as the subjects who should not answer for anything with reference to what I had denounced. I had denounced a culpable pandemic and I believe it subsisted against the Italian government and some of the technicians who supported it ... the crime of culpable epidemic was committed. They did, just as an answer, the penal shield in relation to the culpable epidemic. Therefore, in the state of the acts, there is this [criminal shield].

Q) So, was it withdrawn and then reintroduced?

A) Exactly, yes. Four or five days ago ... last Thursday.

Q) Is anyone afraid of ending up in prison or under investigation?

R) Someone obviously thinks that the complaint is well founded otherwise they would not have worried.... No? It seems obvious to me.

Q) The epidemic has also triggered an economic problem, as well as a health one: in your opinion, does the government adequately support families and businesses?

A) We must distinguish between what has been promised and what has been done. A lot was promised, but nothing happened. Therefore, I can't say that it [the government] is doing or not doing, it seems to me that it is doing wrong... it may have taken a good decision, but from an operational point of view it did nothing. Not only that, but then the overall intervention operation... is based on what? On the supply, even of very huge quantity of money, especially for the industrial sectors, but all supplies of money on loan. Therefore, businesspersons, small, large, medium, have to pay back all this money. It is true that there is the guarantee of the State, but the guarantee of the State always implies that businesspersons still have to return this money. So, it seems a little complicated, that at least for some layers of entrepreneurship, an operation of this kind is being done, that is, on financing ... on the loan. There is a layer of these businesspersons, small and medium-sized professionals and everything else, in which everything must be done as has always happened in large public calamities, with money supplies.

Q) Which in fact is the choice Trump is making, for example...

Q) More than reported to a court, should an inept government be replaced by a more effective one?

A) Look ... These are situations in which we have been playing around for a long time. You know very well that we have had two forms of majority that have succeeded one another but, without prejudice to the same Prime Minister. They underline the discomfort of Italian politics also in terms of consistency because the first Conte government had a majority of a certain type... this other Conte government has a majority made exactly with the political forces that were against the first Conte government and therefore this already gives it the feeling of the troubled situation in which the governmental structure is put. It seems to me that at the state of the proceedings not only are the responsibilities that we have indicated, bearing in mind that everything that was to be known about the coronavirus, the consequences on the health of citizens, had been known for some time ... so much so there had been the declaration on the state of emergency both by the World Health Organization and by the Italian government, in the awareness of everything because the government had been warned of everything by a world organization that also reflects the Chinese government in which it said, precisely, that everything had to be closed immediately because a pandemic was coming...

Q) In ​​fact, the Russians have closed the borders with China...

A) Exactly! So if a government does not have to change in the face of the consummation of this incredible series of errors that has translated into the painful need to have to count so many deaths ... who knows how many deaths we would have saved if [the rulers] had, on January 31, for twenty days closed all... And instead it was not done.

Q) It would have been even easier, since it was cold outside...

A) Of course... The problem is this, that in this situation everything is crumpled, everything related to the various initiatives, the evolution of the epidemic, etc., which makes it difficult to replace the government. It will be replaced...