The Italian government at the time of the coronavirus

The Italian government at the time of the coronavirus 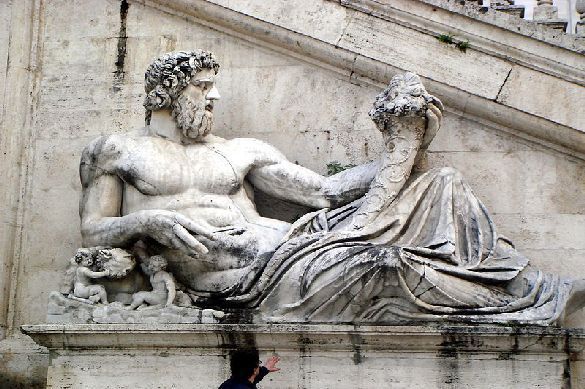 The outbreak of the coronavirus epidemic has seen Italy completely unprepared for the emergency that our country is still experiencing in these early days of April. The reasons are more than one and are inherent both to the intrinsic nature of the Italian people, anarchist almost to self-harm, and to the specific characteristics of the ruling class in power for many years.

The Italian Left in fact directly or indirectly rules our unfortunate country from the Clean Hands judicial investigation of 1992 (never sufficiently analyzed). From those days long gone, the Italian Democratic Party has never stopped showing willingness to listen and take into consideration every possible foreign voice, often giving in to the requests of a Union that, in the minds of these former communists in office, replaces the word "Soviet" with "European".

The continuous cuts to the Italian public health approved by all the governments of the Left that in recent years have succeeded each other at the helm of the country, cuts that the Left itself has always defended with pride as an example of good administration, have revealed themselves in all their horror when the coronavirus imposed on Italy the urgent need not only for sophisticated medical equipment, such as lung ventilators, but also for trivial stuff such as face masks or, simply, hospital beds.

The Italian people thus discovered on their living skin, finding themselves in a sudden condition of lethal need, to have entrusted to foreign countries the production of many goods that once upon a time Italy produced by itself, perhaps at a reasonable price and with a better quality, and also how ephemeral but lethal was the value of Brussels' economic recipes.

Above all, it has once again confirmed that the European Union is German-centric and that its scale of values ​​is not the spontaneous one of our people.

All this was preceded by the attitude of the Italian Democratic Party, which at the first signs of the epidemic, thanks to the usual big media, accused of fascism and racism those who asked for medical checks at the borders and the blocking of arrivals from the Chinese country.

Obsessed by the fear of appearing racist and fascist, continually prey to Pavlovian reflexes in this regard, politicians of the Italian Left initially preferred to minimize the situation rather than act immediately in a severe manner, but the tragic evidence of the facts (i.e. the count of corpses) then forced them to make those decisions that others, not in office, had asked for from the real beginning.

It is very difficult to give a positive opinion both on this government, born after a political reversal in August 2019, and on the political class that supports it: the challenge that Italy is forced to face in recent months is not only medical and health but also political and economic.

However, although in deep crisis, Italian democracy has not yet ceased to exist: with one of those typically Italian actions that make our country sometimes so unique and peculiar, the government in charge has been ... reported to court. The government's answer came almost immediately in the form of an attempt of bill that would guarantee to itself, as a result, criminal immunity.

Among the patrons of the complaint, there is the lawyer Augusto Sinagra [1] who has agreed to answer some of our questions.

1) Would you like to explain to readers why you and your colleague Lonoce hold the government in charge so responsible for the spread of coronavirus in our country to the point of reporting it?

A) With my colleague Lonoce we asked the Public Prosecutor of the Republic in Rome to verify whether the omission of any actions by Prof. Conte [Prime Minister in office], Hon. Speranza [Minister of Health]and miss Lamorgese [Interior Minister] in the period from 31 January (state of emergency) to 23 February (first timid preventive measure) involves responsibility for the three subjects indicated as a serious culpable omission and consequent hypothesis of multiple manslaughter.

2) What is the "penal shield" we are talking about these days?

A) The so-called "penal shield" is the amendment presented by the Italian Democratic Party during government approval to the so-called Decree "Heal Italy" in the conversion into law in the Chamber. By it, medical staff, administrative and managerial staff committed to countering the spread of the virus and treating the sick are exempt from culpable criminal liability (if not severe). The government is also an administrative body (as well as a political constitutional organ) and so are ministers as heads of an administration. It is therefore easy, for a well-disposed or inattentive public prosecutor, to believe that even politicians can here benefit from the so-called "penal shield".

3) Is it constitutional or, on the contrary, is the usual Italian crap?

A) I don't know if the amendment at issue, when approved, is constitutional or not. Probably not, because it is essentially a preventive amnesty and amnesty measures must be voted by Parliament with an aggravated voting procedure. In any case, it is "the usual Italian crap".

4) In England, some batches of coronavirus test kits have been contaminated by the virus itself, with harmful consequences. Could the same have happened in Italy? Should the judiciary investigate this terrible possibility?

A) It may be also in Italy, that some Coronavirus test kits already contaminated by the virus itself were used. Of course, the judiciary should investigate. We will see what it will do. Now, of course, prosecutors cannot leave the house...

5) How would you rate the Italian management of the coronavirus emergency?

A) The Italian emergency management has been and is confusing, chaotic and above all, in many cases, untimely and appears to have omissions. We owe a lot to the aid received from several foreign countries and, above all, from the Russian Federation.

6) Do you think that Italians will remember these months when they will be finally allowed to vote again?

A) Italians normally have very short memory. I don't know if what happened will affect the next election, if the Italian people will be allowed to vote. What is for sure is that once the epidemic emergency is over, the economic situation of the country will be that of a post-war period, or rather much worse. Thus also the precedent of the limitation of constitutional rights and freedoms (introduced with the Decree of 8 March 2020), will be a very serious precedent that can be repeated for instrumental and undemocratic needs. We will have to see what the situation will be when we return to the vote.