Greta Thunberg: A flashmob or an eco messiah?

Greta Thunberg, a school girl from Sweden, has made a plentitude of headlines lately after she accused world leaders of not addressing environmental problems of planet Earth. In 2018, the girl went to a picket to the building of the Swedish parliament demanding the entire international community should comply with the Paris Agreement on climate change. She threatened not to go to school on Fridays unless her requirements were met. Her initiative found support not only in Sweden, but also in other countries of Europe. 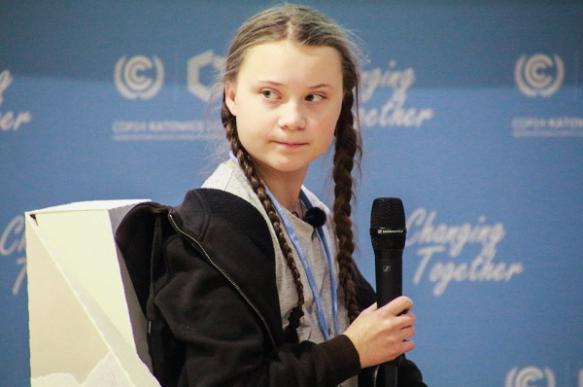 Soon afterwards, Greta embarked on her crusade to travel to environmental conferences, flash mobs and other events, at which she would appear as an "eco-messiah". Needles to say that some adults have had a hand in her media image. They quickly arranged a yacht for the girl so that she could environmentally reach the United States of America.

Who are these people who nominate the schoolgirl for a Nobel Prize and provide media support for her? Greta Thunberg's message to adolescents has hit the spot. Millions of teenagers all over the world paid attention to her as they were searching for answers to their adolescent questions.

Environmental protection is an extremely important problem indeed. There is hardly any country in the world that may boast of perfect ecology. European countries, including Scandinavian ones, are significantly ahead of others in terms of their attention to issues of environmental protection. Some others try to take their harmful productions outside their local ecosystems to third world countries. Nevertheless, the problem remains and returns with pollution or water, air, etc.

Greta Thunberg says that the powers-that-be stole her childhood from her, ruined her childhood dreams and deceived expectations of her generation. Her obsession with the subject may seem frightening at first. The girl's parents seem to be concerned about their daughter as well as she is keeping her eye on them for the purpose of environmental protection.

Her speech at the 2019 UN climate action summit in New York was emotional and even hysterical. It was an act to attract public attention by any possible means. At the same time, the girl spoke of the problems that many adults are too lazy to deal with. One shall admit that it is activists like Greta who can make governments listen.

Not that long ago, Sergei Zverev, Russian stylist and hairdresser, who positions himself as a glamorous pop star, held a single picket on Red Square protesting against the construction of a plant for the production of drinking water on Lake Baikal. Zverev was arrested and fined. Interestingly, however, it was either Zverev's picket or something else that made the project of the plant remain on paper.

Clearly, man overestimates his impact on nature. Global processes on the planet, such as global warming or global cooling, take place regardless of UN Security Council resolutions. At the same time, we all can do something to preserve wildlife and forests on the planet.

Barbaric deforestation, man-made fires that are delicately called "wildfires" - this is a real disaster that is far from being an aspect of Greta Thunberg's teenage maximalism. In Russia, it is generally believed that extinguishing fires is economically unviable. Many of us - let's face it - believe that the problems of the future generation are something that they, not us, will have to deal with. There will be no point in achieving economic growth if future generations have no clean air to breathe with.