Malaysia wants the world to stop bringing unfounded accusations against Russia about the crash of Flight MH17 passenger aircraft over the Donbass. Will we ever know the truth about the investigation? Is the West going to reveal objective data about the tragedy? 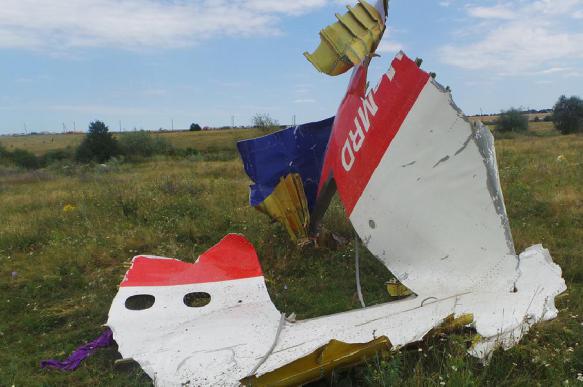 Pravda.Ru editor-in-chief Inna Novikova asked these and other questions to Russian political scientist, teacher, expert of the Higher School of Economics Andrei Suzdaltsev.

"It appears that the West is not going to give up on the topic of prompt nuclear stroke. Do you think that they still want to destroy Russia?"

"They cherishing this dream in the West since the times of the USSR. Now they suffer from another exacerbation of this disease. There are many of those in the world who dream of possessing nuclear arms. This is a big dream for President of Belaurs Alexander Lukashenko, let alone Ukraine. Yet, they can only dream about it. Even if they can technically build nuclear arms, they will not be allowed to. The crisis between Russia and Ukraine would thus be even more horrifying than the crisis between Pakistan and India."

"They haven't been bringing the topic of the crash of the Malaysian Boeing much lately. The Joint Investigation Team is not investigating anything - they try to fabricate facts by choosing the ones that they need. The work of the JIT is purely political. However, we can see Malaysia acting more decisive now. The Malaysian administration has repeatedly expressed its protests about the work of the JIT. Malaysia demands the West should stop presenting evidence-free accusations against Russia. Do you think they are ever going to find and announce the real perpetrators?"

"This is out of the question. They will never admit."

"They will never announce. Russia has made many mistakes here too. We were
looking guilty, we started looking for excuses."

"No, we held the press conference and provided objective data."

"We've had a few versions too. Russia should have conducted its own detailed investigation to dot all i's clearly. There was a military aircraft of the Ukrainian Air Force there. Most likely, the missile was launched from the Buk missile system.  There are two things that confuse me about this case. First off, the West promised us to conduct a full and open investigation into the tragedy. The Americans promised to show images made by the satellite that was flying above the area where the tragedy took place. Yet, the investigation is still secret, and the Americans have never shown anything either.

"Secondly, I do not understand why there was no fly zone established over the Donbass. There were hostilities there, planes had been shot down there too. One may accept the fact that the plane was flying at an altitude of 10,000 meters. Missiles do not reach such altitudes, especially the missiles that could be found in the conflict zone. However, shortly before the tragedy, flight control officers ordered the Malaysian aircraft to descend?! What was that? The Buk missile system can operate within the range of 60 kilometres around and at an altitude of up to six kilometers. The control room is located in Dnepropetrovsk.

"So they had to take the airliner down to 6,000 meters to make it fly right above the little circle of 60 kilometers. This is what the passenger aircraft did as pilots were following instructions from Ukrainian flight control officers."

"A flight controller ordered the plane to drift off the course. This officer then went on vacation and vanished."

"They wanted the airplane to be in the line of the Buk missile. The officer was indeed gone, there is no information about him, but the Dutch do not say a word about it. Even if there was a Buk system in the area, they were supposed to make the passenger aircraft approach the destructive zone. It was Ukrainian flight control officers, who did that, but there is no information about it. Malaysian experts confirmed that the recordings of the dialogues of insurgents were fake. They forgot about another version that was voiced in 2014. The version is about Putin's aircraft that was flying to Moscow above Europe. They were looking for Putin's plane, but they did not know exactly where its route was. If they had found it, they would have shot the plane down."