Why Russia hides the truth about 'radioactive cloud'

The story about the nuclear accident at the secret military facility near Severodvinsk, when five  people were killed on August 8, continues gathering rumours. Initially, it was reported that the explosion in northern Russia was another "Chernobyl." The shortage of official information on the subject made many people, especially those residing in the region, where the accident took place, snatch up all iodine at local drug stores. 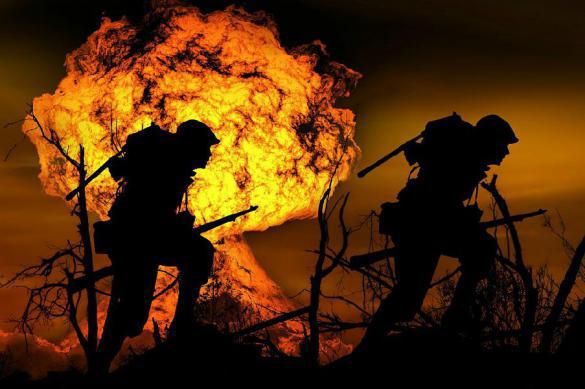 On August 10, two Russian stations of the international nuclear test monitoring system, located in Dubna and Kirov, stopped transmitting data about the radiation background in the air. Two other radiation monitoring stations stopped transmitting data on August 11. The Russian Ministry of Defence, which supervises the stations, has not released any comments on the matter. The ministry limited itself to meaningless statements about communication problems.

The silence from the authorities generates panic among the population. Many started blogging about the Russian "Fallout", especially against the background of reports about a spike in radiation levels after the explosion.

In fact, the puzzle becomes a picture if one assumes that the explosion occurred during the test of a new Russian weapon. It may go about the test of the new Burevestnik missile with isotopic sources of power. Unfortunately, unsuccessful and even tragic tests of new equipment, especially military equipment, are part of the sad reality of any country that tries to enhance national security with the help of new technological achievements.

There was an accident, but radioactive consequences of it were not serious. According to nuclear energy specialist Alexander Uvarov, "if the authorities wanted to hide a serious accident from the public, they would not talk about the spike in radiation in Severodvinsk. "It was very small - 1.78 microsievert. This is comparable to some beaches in Brazil. The released isotopes are then disseminated in the air and stop affecting the background at all. There is no radiation hazard to the population. This incident is no different from an attempt to melt cobalt in an oven," the scientist said.

However, why did they stop transmitting the date from radiation monitoring stations, given the fact that the Comprehensive Nuclear-Test-Ban Treaty Organisation strongly insists on the opposite?

It is worth noting here that the CTBTO added more fuel to the fire by publishing a gif image of the potential distribution of the radioactive cloud above the territory of the Russian Federation and the whole world. The organisation did not give any details either about the type of radiation or the level of hazard. The CTBTO's move thus gave rise to most alarming rumours.

One should also pay attention to the fact that both the participation in the work of the CTBTO and the transfer of data to the organisation is carried out exclusively at the discretion of the parties to the treaty. At the same time, this does not remove people's interest in the disconnection of radiation monitoring stations. One shall assume that Russia does not want other countries to have the data about the composition of the radioactive emission. The isotopic power source is a new and unique development in the field of strategic defense of the country. In other words, this is a matter of  military and state secrecy.

In general, the authorities are definitely hiding something. Yet, they are hiding the information about the composition of the explosive substance.

This seems relevant in light of the latest moves of Russia's "Western partners" in relation to the INF, START and other international agreements about the non-proliferation and reduction of strategic offensive arms. It does not seem strange in the context of the new strategic nuclear doctrine of the United States, which clearly states that the USA can resort to the use of nuclear weapons in any military conflict to fundamentally break the course of the conflict in favour of the United States.

Of course, Western officials, mass media and experts will accuse Russia of avoiding compliance with international treaties on nuclear weapons. However, Russia was not the first one to start. Secondly, there is no violation in disconnecting monitoring stations. Russia simply needs to protect her military and state secrets.