Will Putin let US military men and fire fighters come to Siberia?

What forces could Donald Trump offer Russia to extinguish Siberian wildfires? How could it change the bilateral relations between Russia and the United States in the future? 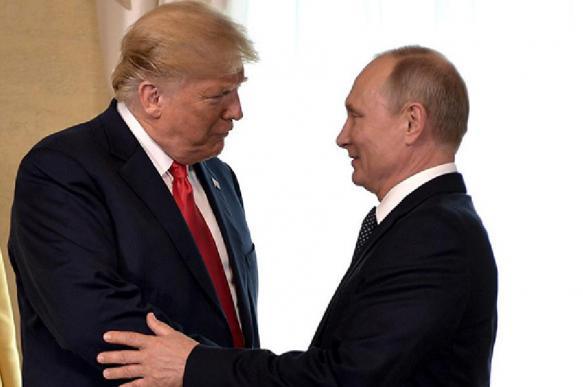 On July 31, Donald Trump called Vladimir Putin and offered help to extinguish wildfires in Siberia. The Russian president thanked his US counterpart for the initiative and promised to accept the offer, if need be. Putin told Trump that the situation in Siberia was under control. There was a special aviation squadron formed to combat wildfires. Putin also ordered to have the forces of the Russian Defense Ministry involved.

Konstantin Blokhin, political scientist, an Americanist and expert at the Center for Security Studies of the Russian Academy of Sciences, told Pravda.Ru that offering help to foreign countries is normal international practice. "When, for example, there are wildfires in Greece or in Spain, Russia offers those countries its help as well. Trump simply followed the rules of political ethics, there is nothing extraordinary here," the expert said.

"Despite the complexity of Russian-American relations, we still inform each other on issues related to terrorism to prevent terrorist attacks at the level of special services," Konstantin Blokhin added.

According to the political scientist, if Russia accepts assistance from the USA, it would mean that Russia is totally incapable of solving its domestic problems. More importantly, in this particular case, it goes about the invitation of foreign - US military men to Russia. "Just picture this situation: we provide humanitarian aid to Syria and, suddenly, we cannot solve something without the Americans. This is not an option, of course," the political scientist noted.

"Taking into consideration the complexity of the domestic political situation in the United States and the toxic topic of Russia, Putin would put Trump in an awkward position if he accepted the offer. Trump has seen so much criticism for his alleged collusion with Russia, and now he would send an aircraft to Russia to help extinguish the fires. He would then have to deal with a storm of criticism again," Konstantin Blokhin concluded.

Undoubtedly, Russia will be able to cope with the problem of wildfires in Siberia. Yet, it would be interesting to see what Trump could offer, how US rescuers could cooperate with their Russian colleagues and what influence it would show on the relations between Russia and the USA in the future. Sometimes one needs to cast the routine aside and act in an extraordinary way to break through, especially, if we want to improve relations with the United States. Why do we need bad relations with the States?

There is another aspect here, a moral one: think well about people, and they will become better.