Two more Ukrainian music bands followed singer Maruv and refused to represent Ukraine at Eurovision Song Contest in Israel. Freedom-Jazz girl band, which was ranked second in the national vote, said that they were in the process of signing a contract with a European promoter. 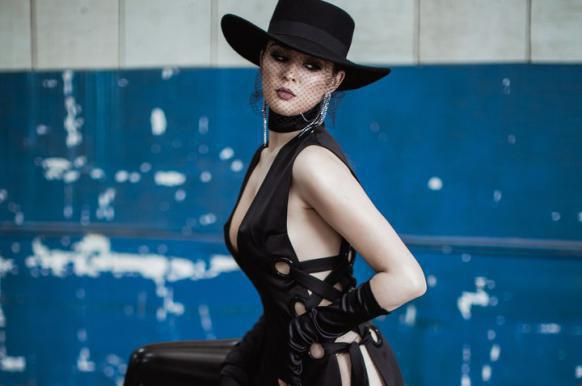 Another band - Kazka - left the list of contenders as well. Kazka was ranked third in the national vote. The musicians said that they did not want to sign the contract with the National Public Television Company of Ukraine (known for its initials as NOTU), which was a requirement for their participation in Eurovision.

"We would like and would be honoured to represent Ukraine at Eurovision. We have put so much time and energy into this, but we do not need a victory at all costs. Our mission is to unite people with our music, rather than sow discord," the musicians wrote. They added that they would be willing to represent Ukraine next year.

Singer Maruv (Anna Korsun), the winner of the national vote in Ukraine, previously said that the agreement between herself and NOTU had been drawn up on enslaving terms. She was supposed to "fulfil any requirement and instruction from NOTU" and cancel all her performances in Russia. The contract also prohibited the singer from talking to the press and improvising on stage. Otherwise, Maruv said, she would have to pay the fine of two million Ukrainian hryvnia. In return, however, the Ukrainian side did not promise either financial or organisational support for the singer's trip to Israel, let alone international promo support.

As a result, Maruv stated that she was not ready to perform under political slogans to make her participation at Eurovision look like an act of support to Ukrainian politicians. NOTU representatives stated that for the time of the contest, an artist shall become a cultural ambassador of Ukraine to bring not only his or her music to people, but also t convoy public opinions of the Ukrainian society to the world.

It also turned out that the rights to the song "Siren Song", which Maruv was supposed to perform at Eurovision in Israel, belong to Warner Music Russia.

It is believed that Kiev may thus decide not to participate in this year's music festival in Israel.

Another scandal that broke out in Ukraine during the final vote for the Eurovision Song Contest touched upon the issue of the Crimea. Anna and Maria Opanasyuk - members of AnnaMaria duo - also wanted to go to Israel to represent Ukraine at the competition. It became known, however, that the singers were daughters of a high-ranking official in the Crimean government.

After the sisters' performance, the host of the competition, Sergey Pritula, asked the twin sisters whether they had any regrets about their participation in the competition given their mother's official position in the Crimea. "If I ask you now, whose the Crimea is, and if this question drives you into a corner, it will put an end either to your career or to your mother's," Pritula said.

The girls responded by saying that they had been subjected to bullying since the time of the interview to Ukrainian ATR channel, where the Crimean issue was also discussed. "We are being bullied like in the 1930s," they said adding that they did not break any laws of Ukraine nor did they perform in Russia. The girls did not give a direct answer to the question of the state affiliation of the Crimean Peninsula - they said that it was their motherland.

Singer Jamala, who won Eurovision 2016, a native of the Crimea, was one of the judges. She emotionally exclaimed that she could not understand how the sisters could say in their interview with ATR that the Crimea was not Ukraine. "The one who represents Ukraine at Eurovision is responsible for all of us. How can you say in an interview that the Crimea is just a homeland? There is only one answer. The Crimea is Ukraine, Jamala concluded.

As a result, the sisters received lowest scores from the judges. It is worthy of note that Elena Drapeko, first deputy chairperson of the State Duma Committee on Culture of the Russian Federation, invited the twin sisters to come to Russia to perform.