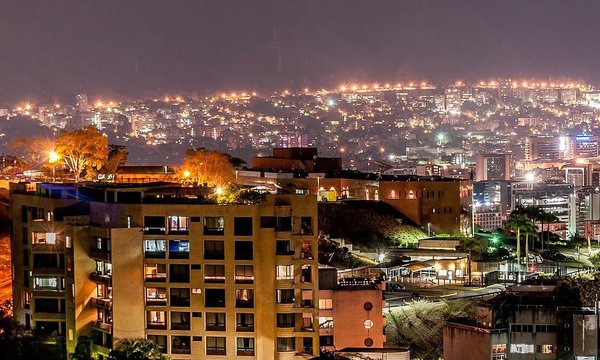 The country's political process reflects what democracy is supposed to be all about - a model for other nations, polar opposite the sham, money-controlled US system, voters having no say over how they're governed by one-party rule with two extremist right wings.

Juan Guiado is a right-wing extremist nobody, plucked from obscurity to prominence by the Trump regime and echo chamber US-led Western media, backing the coup attempt, opposed to democratic governance they abhor in their own countries and abroad.

So far, the Trump regime fell far short of gaining overwhelming support for their scheme to transform Venezuela into another US vassal state, aiming to control its world's largest oil reserves, the prize Republicans and undemocratic Dems have long coveted.

Italy refused to recognize US-designated puppet Guaido as interim Venezuelan president. Deputy Foreign Minister Manlio Di Stefano warned against "a new war in" the country. "We must prevent" a repeat of the disastrous outcome of US-led intervention in Libya, he stressed.

Italy opposes interfering in the "internal affairs of another country. It is called the principle of non-interference and is recognized by the United Nations," he added.

"We and the Spanish government share the call for dialogue between the sides (in Venezuela). I believe that we have agreed that we can engage in this (process) if it is necessary in order to make both sides of the conflict sit down and maintain dialogue without any conditions."

The largely US-controlled Organization of American States got only 16 out of 34 member states to express support for regime change, short of the required number needed for its endorsement.

"The United Nations is ready to increase its activities in Venezuela in the areas of humanitarian assistance and development. However, for this, the United Nations needs the consent and the cooperation of the government" led by Maduro.

Guterres "underscore(d) that recognizing governments is not a function for the secretary but for member states."

Sputnik News reported that the African Union supports Maduro, quoting its Deputy Chairperson Thomas Kwesi Quartey's "message of solidarity with the people of Venezuela and of support for constitutional president Nicolas Maduro."

He supports snap National Assembly elections this year, saying the AN needs to be "re-legitimized." It's been in contempt of Venezuelan constitutional law for illegally seating four disputed members, suspected of winning fraudulently by vote buying, why the AN's actions have no legal standing, according to the country's Supreme Court.

Maduro challenged Trump, saying "(y)ou're making mistakes that will leave your hands covered in blood, and you will leave the presidency stained with blood. Why would you want a repeat of Vietnam?"

"If the North American empire attacks us, we will have to defend ourselves...We aren't going to hand Venezuela over" so the US can rape and pillage it like it's done countless times before, what it's doing now in many countries.

Maduro rejected EU demands to step down and recognize puppet Guaido as interim president, a shameless figure with no legitimacy, a traitor to his country, saying:

"We don't accept ultimatums from anyone. I refuse to call for (new presidential) elections now. There will be elections in 2024. We don't care what Europe says."

"You can't base international politics on ultimatums. That's the stuff of the empire, of colonial times."

On Sunday, Trump repeated the threat of US military intervention as one of his options, discussed in a separate article, ignoring popular sentiment in Venezuela - overwhelmingly opposed to US sanctions and war.

These extremists are running Trump's geopolitical agenda,  including its wars of aggression with others in mind, Iran a prime target, convicted felon, fellow psychopath point man for regime change in Venezuela Elliott Abrams joining the team, an axis of pure evil incarnate.

"In Venezuela, there is only one president, who has the authority and economic, institutional and other powers," said Maduro, adding:

"We are the victims of the campaign in which the US turned us into the number one enemy. We believe in diplomacy, in understanding."

"I have made a thousand proposals to the US. I like saying if you want peace, get ready to protect it. We are getting ready. Only if the American army attacks us, we will have to defend ourselves."

"The worst alternative is war, and we will not start it." Asked what he'd say to Vladimir Putin face-to-face, he said "(w)hat I always say to him."

"Thank you for your friendship (and) your support." Preserving and protecting the nation's sovereignty needs it stepped up by Russia, China, and other nations, supporting Venezuela's struggle against imperial Washington - humanity's scourge!

According to the Psychopathy Checklist Revised (PCL-R), developed by criminal psychology expert Robert Hare and his colleagues, psychopaths exhibit "dissocial personality disorder," including "coldheartedness," a "callous unconcern for the feelings of others," a lack of remorse, shame or guilt, irresponsibility, an extremely high threshold for disgust, impulsiveness, emotional shallowness, "pathological lying," a "grandiose sense of self-worth," an incapacity for love, a "parasitic lifestyle," among other abnormalities.

Their brains don't work like normal people. They "con others for personal profit or pleasure." Most, maybe all, of the above traits apply to Pompeo, Bolton, Abrams, the departed Nikki Haley - and Trump!

Their actions show America is run by a gang of recklessly dangerous criminal psychopaths!

They should be locked up to prevent them from doing any more damage than already!