Ukrainian nationalism splashes out on Kazakhstan

Nationalists of Kazakhstan have created a political organization, the goal of which is to take seats in the parliament of the country. What is going to happen to Kazakhstan? 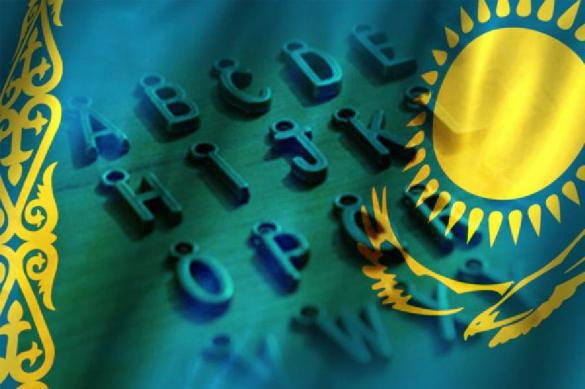 In October of 2018,  a video of a Kazakh doctor refusing to examine a sick child went viral in Russia. A woman pediatrician refused to examine the child because the child's mother was speaking Russian.

Kazakh blogger Ibrash Nusupbaev wrote that today's Kazakhstan is reminiscent to Ukraine of the 1990s. The authorities of Kazakhstan promote anti-Russian propaganda in the country inciting hatred to Soviet history, Russian culture, Russian language and make up stories about the incredible contribution that Kazakhstan has made in the development of human civilization.

Russia is portrayed as an enemy. "It seems that our president decided to follow the path of Poroshenko to win the support of nationalist-minded Kazakh immigrants and become reelected," the blogger wrote.

In another post, Nusupbaev wrote about a linguist from Poland, Genrik Yankovsky, who tries to incite anti-Russian strife in the south of Kazakhstan. In particular, Yankovsky wrote on 356info.kz website: "I've lived in your town for two months (Shymkent. - Ed.). The town is considered to be one of the main strongholds of the Kazakh language. However, everything around is like in Russia. Even the people, who communicate with each other in their native language, switch to the "great and mighty" Russian as soon as a Russian-speaking stranger appears nearby."

Noteworthy, it was the discrimination of the Russian language that laid the foundation to the uprising in the Crimea.

Article 7 of the Constitution of Kazakhstan defines the state status of the Kazakh language, stipulating that "in state organizations and local governments the Russian language shall be officially used on a par with the Kazakh language." The wording implies dubious interpretation, which nationalists try to turn to their own advantage. If they come to power, they will rewrite the Constitution of Kazakhstan.

According to political scientists, nationalists do not want the Crimean scenario to repeat in the north of Kazakhstan. The West wants to create another conflict near Russian borders.

In April, the Deutsche Welle website published an article entitled "Opposition of Kazakhstan in Brussels: What will happen after Nazarbayev." The Diplomat published an article under the headline "Kazakhstan's elderly opposition tries something new." These Western publications promote a new political platform - "Zhana Kazakhstan" ("New Kazakhstan"). Its representatives have recently visited Washington, where they had meetings with congressmen, senators and USAID officials. The meetings were devoted to the memorandum on the recognition of the genocide of the Kazakhs. It is assumed that those people will take part in elections and develop new constitutional reforms.

Sanat Kushkumbayev, deputy director of the Kazakhstan Institute for Strategic Studies, told Pravda.Ru that it is the media that stir up the hype around the topic of Kazakh nationalism. "The degree of nationalism has not risen over the years, just because the the small ethnic and multi-religious nature of the Kazakh society is quite stable," the expert said in an interview with Pravda.Ru.

Everyone understands the historical, cultural, traditional and economic context of relations with Russia, and one needs to be a short-sighted politician to question such obvious matters, Sanat Kushkumbayev continued. According to him, the USAID cut the financing of its programs in Kazakhstan because the country can finance projects itself." "Kazakhstan is interested in USAID's programs for for supporting small businesses, assistance in learning English, support for teachers, etc. They are not either politicized or ideologized programs," Sanat Kushkumbayev told Pravda.Ru.

Alexander Sobyanin, director of humanitarian projects at the Center for Traditional Cultures, told Pravda.Ru that nationalist parties do not and will not have support from either the people or the authorities.

"There were several attempts made to promote radical Russophobic parties, but they were dispersed, and their leaders were imprisoned, the expert told Pravda.Ru. The Ukrainian scenario is highly unlikely for Kazakhstan, because the West wanted to make Ukraine become Russia's primary military adversary.

"Such an objective is impossible when it comes to Kazakhstan. There is an objective to create an arc of economic instability in Central Asia - in Azerbaijan, in Georgia, in Armenia and Nagorno-Karabakh - to make these countries refuse from economic cooperation with Russia," the expert told Pravda.Ru.