It is Republicans, but not Democrats, who win US midterms

Midterm elections in the United States ended with Democrats winning for the first time since 2011. Their victory has sparked numerous discussions about the decline of Donald Trump's era. Some even say that Trump is going to be impeached now. Yet, Trump seems to be optimistic on Twitter. "Tremendous success tonight. Thank you to you all!" he wrote. One may assume at first sight that Mr. Trump is out of his mind. But it is the Republicans, but not Democrats, who won the elections. 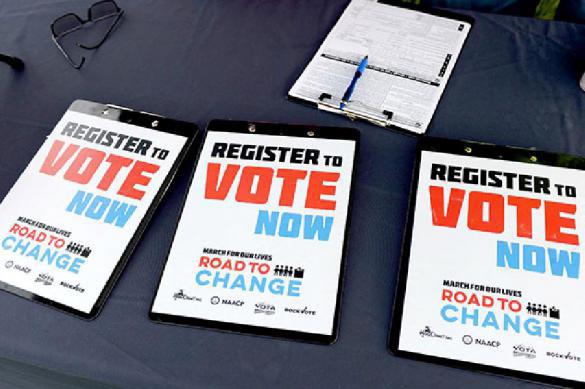 First of all, it is worth noting that the American electoral system, just as well as the system of the American government, is fundamentally different from those in Russia. There are a few aspects in those systems that interpret the concept of democracy quite oddly.

Suffice it to recall that Donald Trump lost the presidential election on people's votes, but won on electors' votes. The electoral system in the United States is based on two stages. As for the two chambers of the legislative power, the system of the parliament in the United States differs a lot from the Russian parliamentary system too. In Russia, most people are accustomed to the idea that Russian senators are honorable pensioners who do not decide much. Everything happens in the lower house - the State Duma.

In the States, everything is more complicated. The House of Representatives formulates and even adopts laws, but only under senators' supervision. In the USA, a congressman is a white collar guy, who wants success. A senator is a solid person who holds power, money, influence, while success is for congressmen.

Now let's look at the results of the 2018 midterms. Republicans got the Senate - this is why Trump talks about tremendous success. Those who formulate political decisions have secured a victory in the political system of the United States. They will have fewer same-party speakers now, but this does not appear to be a big problem for solid gentlemen.

Does Russia need to care at all? The Americans have voted for Democrats in one place and for Republicans in another place; the president congratulated his people and legislative bodies on successful elections.

There are nuances, as always.

The victory of Republicans in the Senate speaks for the emerging consensus of US elites. One does not even have to hope that the Americans will change their stance on Russia. Quite on the contrary, conservative Republicans are determined to continue putting pressure on Russia.

Trump's Republicans are the people who look for commercial benefits both for themselves and for their country. From this point of view, they are much more convenient for Russia as negotiators than Democrats, who have a plethora of problems to deal with.

If anyone doubts the victory of Republicans, then let us remember the story of the US Supreme Court, and who eventually became the judge there, despite all the hysterical cries from the Democratic Party. Winners do not throw tantrums.

World
USA should always remember it keeps part of Russia - Alaska
15:05
Polish ex-MP reveals why NATO won't help Warsaw in war against Russia
14:21
Belarusian militant captured by group “O” tells about the last battle with the Russia
14:01
Russia stops Ukrainian military from planting Ukrainian flag on Snake Island
13:32
Former adviser to US Secretary of Defense: Ukraine may disappear from the world map
12:46
Boris Johnson resignation: Another one bites the dust
12:33
Sky News: Boris Johnson agrees to resign
21:21
The Future of Extremist Populism in Contemporary American Politics
20:39
For the sake of profit, the West is ready to make the conflict in Ukraine endless
19:22
Expert reveals how Russia can respond to Western threat without nuclear weapon
18:57
US military expert: Russian victory in Ukraine is predetermined
РусскийDeutschFrançaisPortuguese