The authorities of Saudi Arabia will show a tough response to the United States in the event Washington imposes sanctions on the kingdom. Riyadh will not make contradictory statements, nor will it ask for explanations, as Moscow does in the case of the poisoning of Sergei Skripal. A number of harsh statements have been made, and not only the American, but also the Russian delegation have departed to Saudi capital Riyadh. 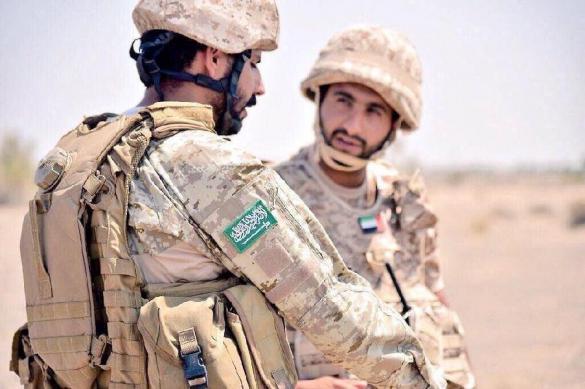 A delegation of Russian officials headed by Deputy Foreign Minister Sergey Vershinin and Special Envoy of the President for Syria Alexander Lavrentyev arrived in Riyadh as well. Like their American colleagues, Russian officials want to get first-hand information.

Meanwhile, King Salman ordered to launch an internal investigation into the disappearance of the journalist. US intelligence services suggest that the order to kill the journalist came from Mohammad bin Salman, a son of the king and a Crown Prince of Saudi Arabia, whom the murdered journalist had criticised in his articles for The Washington Post. Do they kill for writing critical articles?

US senators demanded the president should impose tough sanctions against Saudi Arabia. "Just because they are an ally in an important mission, which is containing Iranian expansion in the region, cannot allow us to overlook or walk away from that. It undermines our ability to stand for morality and human rights all over the world. How can we criticise Putin for killing journalists if we allow an ally to do the same?" Senator Mark Rubio said.

Vyacheslav Matusov, president of the Society for Friendship and Business Cooperation with Arab countries, told Pravda.Ru that the CIA is not interested in making a scandal out of the story.  According to him, Khashoggi was not a simple journalist. "He worked as an advisor to the former chief of all secret services of Saudi Arabia, Turki bin Faisal. Jamal Khashoggi had access to confidential information about the creation of Al-Qaeda* and the formation of the Mujahideen movement in Afghanistan.

"He was a Saudi citizen who worked for the CIA at the same time," the expert told Pravda.Ru. According to him, Khashoggi was aware of the operations that the CIA was conducting in the Middle East, where the kingdom had held the Arab Spring. "The Arab Spring had swept away all Arab regimes and destabilised Syria, Egypt, Yemen, Iraq, Libya and Tunisia during eight years," the expert said.

Vyacheslav Matusov also said in an interview with Pravda.Ru that the CIA continues its work in the region and plays a certain role in the development of the conflict between monarchies of the Persian Gulf - Qatar and Saudi Arabia. The Islamic State* is also the work of the CIA. Donald Trump said during his pre-election campaign that it was Hillary Clinton and Barack Obama who founded ISIS*. He said that in the heat of the struggle for presidency, but "he lifted the veil of secrecy over dark affairs of the CIA, the expert noted.

Jamal Khashoggi knew too much and became a very dangerous person. One cannot blame anyone specifically for his murder, because Khashoggi could have received his divorce papers in any consulate office of Saudi Arabia in the United States. However, the CIA recommended he should go to Turkey," Vyacheslav Matusov said in an interview with Pravda.Ru.

Saudi Arabia, like Russia, has fallen a victim to internal clashes in the United States, the expert believes. Russia made a mistake in the case of Sergei Skripal when the Russian administration started making excuses about it. There is tough political struggle going on, and no one can prove anything to anyone in it. One needs to make a strong and tough position. Such a behaviour would bring success, but contradictory statements cause damage to Russia," Vyacheslav Matusov said in an interview with Pravda.Ru.