Should Russia pull out from landmark international agreements?

The United States is pulling out from many international treaties and organisations because they are no longer comfortable for the States. Are there international agreements, which Russia would like to exit? 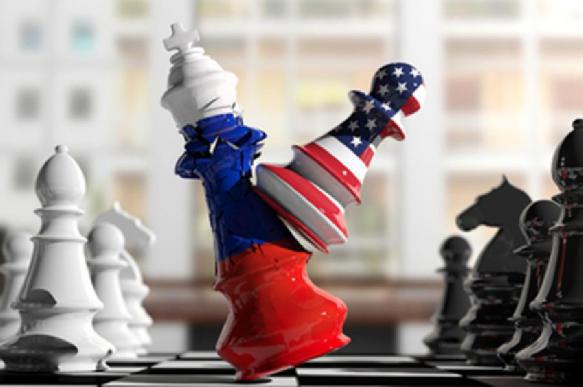 John Bolton, an adviser to US President Donald Trump on national security issues, said on October 4, that the United States was pulling out from the Optional Protocol to the Vienna Convention. Washington is not happy with the claim from the Palestinian Authority in connection with the decision of the United States to move the embassy from Tel Aviv to Jerusalem. The protocol defines the compulsory jurisdiction of the International Court of Justice on the application of the convention, unless the parties to the dispute can resolve it otherwise.

Earlier, Washington withdrew from the UN Human Rights Council, the multilateral deal with Iran, although the USA did not have the right to do so during the "test period" that was granted to Iran to wrap up its nuclear program. Donald Trump threatened to pull out from the World Trade Organisation (WTO) and the INF Treaty with Russia (on medium and short-range missiles). John Bolton threatened to impose sanctions on the International Criminal Court in The Hague, after the latter intended to persecute US military men for their crimes in Afghanistan.

Konstantin Kosachev, chairman of the international affairs committee at the Council of Federation, believes that international treaties and organisations are based on the principle of equality of their participants. "Yet, such a construction seems unfair to the Americans, because they are not ready to recognise themselves equal in relation to others and vice versa," the expert believes.

"The philosophy of the US foreign policy is based on special rights in international relations, as well as in the superiority of the US national law. The Americans believe that they have exclusive rights to be the investigator, prosecutor, judge, and executioner at the same time," said Konstantin Kosachev in an interview with Pravda.Ru.

Has Russia ever pulled out from international treaties lately? Russia pulled out from the memorandum with the United States on preventing incidents in the sky over Syria after the Su-22 of the Syrian air force was shot down on June 18, 2018.

Earlier, in 2015, Russia suspended its participation in meetings of the joint advisory group on the Treaty on Conventional Armed Forces in Europe. A year later, Russia suspended the agreement with the United States on cooperation in research and development in the nuclear and energy fields.

Viktor Ozerov, chairman of the Council of the Federation Committee on Defence and Security, does not rule out Russia's withdrawal from the treaty on the reduction of strategic offensive arms (START) in response to the deployment of new missile defence systems in Eastern Europe.

"This is an extreme measure, and I hope that it will not come to that matter, but the Russian parliament, when ratifying the new START agreement, specified that the deployment of missile defence elements could be one of the reasons for Russia's withdrawal from the treaty," said Ozerov.

Nikolai Topornin, an associate professor at the Moscow State Institute of Foreign Relations, told Pravda.Ru that in order to begin withdrawing from unwanted agreements, Russia first needs to change the doctrine of priority of international law over national law. This is a very dangerous way, because China, Germany, France, Great Britain, India, Pakistan - all countries that possess nuclear weapons - can opt to do the same," the expert said in an interview with Pravda.Ru.

According to Nikolai Topornin, it's not advantageous for Russia to leave the WTO, because the organisation gives Russia an opportunity to compete freely in Western markets. "If we leave the WTO, then we will have to overcome serious duties on export sales and we will virtually be uncompetitive. If we now go this way, I strongly doubt that Russia will see any investments and technologies coming," the expert said in an interview with Pravda.Ru.

"It is also unprofitable for Russia to withdraw from the European Court of Human Rights (ECHR) because Russian citizens, in the event of lawlessness on the part of state bodies of the Russian Federation and judicial instances, have the right to substantiate this at the ECHR."

USA's pull out from START-3 to trigger massive arms race