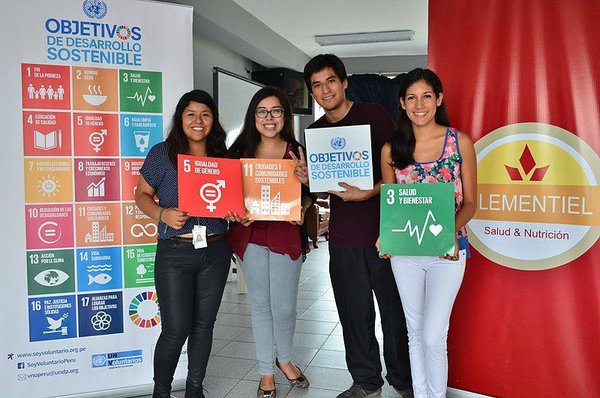 New York - One thousand days into the Sustainable Development Goals (SDGs) and counting down to 2030, which is the deadline for achieving global gender equality under SDG 5, UN Women convened business and philanthropic leaders on the margins of the 73rd United Nations General Assembly (UNGA 73) to step up commitments on gender equality and women’s empowerment. Global business and philanthropic leaders pledged more than USD 70 million in 2018 (USD 13 million of which was pledged at the UNGA 73 SDG 5 Forum today) to advance gender equality and women’s empowerment through UN Women.

No single country has ever achieved gender equality, and according to industry estimates this failure will cost USD 28 trillion1 by 2025. Forum participants focused on how public and private sectors can bolster efforts to achieve global gender equality by 2030.

“Every day there is more evidence of what the world is missing when it falls short of equality between women and men. Our globally agreed roadmap of the 2030 Agenda puts the drive for that equality right at the centre of all the goals to be achieved,” said UN Women Executive Director Phumzile Mlambo-Ngcuka. “Governments, civil society and the business world all contributed to that vision and must act together in shaping the solution. These combined forces are critical if we are to make unstoppable progress by 2020 and meet the 2030 target.”

UN Women was established in 2010 to help the world end gender inequality and the 17 SDGs were adopted by global leaders in 2015, with SDG 5 focusing on achieving gender equality and women’s empowerment in every country of the world. The World Economic Forum estimates that it will take 217 years to achieve gender equality at the current rate of progress.

The SDG 5 Forum builds on UN Women’s work across sectors, including this month’s launch of the Global Innovation Coalition for Change’s (GICC) Gender Innovation Principles, a global set of standards adopted by an alliance of 27 partners from private sector, non-profit organizations and academic institutions that takes a gender-responsive approach to innovation and technology. The financial commitments at the SDG 5 Forum and from UN Women’s strategic partnerships will support efforts toward innovation, eliminating violence against women and girls, generating gender equality data and evidence, fast tracking women’s economic empowerment, ensuring education, providing access to health services and protection of women’s livelihoods in crisis settings, as well as building climate resilience in sustainable agricultural food chains that benefit women farmers.

UN Women has established several mechanisms to mobilize private sector and foundations in the world’s quest to achieve SDG 5 by 2030 including the 1,800 companies that signed onto the Women’s Empowerment Principles (WEPs), the HeForShe impact movement, Common Ground, the GICC, and the Unstereotype Alliance participants.

To date, UN Women has continued to connect women, governments, and communities to foster change across sectors, from using technology to increase the income of women in agriculture to help them secure decent jobs, to supporting the reform discriminatory laws worldwide. UN Women has trained more than 7,000 women leaders in politics and governance last year alone, and over 1.5 billion women and girls in 52 countries are better protected from violence through stronger legal frameworks.
Follow the hashtag #TimeIsNow and @UN_Women on Twitter for updates.

Building on the MDGs
The Millennium Development Goals, implemented in the year 2000 were: to eradicate extreme poverty and hunger; achieve universal primary education; promote gender equality and empower women; reduce child mortality; improve maternal health; combat HIV/AIDS, malaria and other diseases; ensure environmental sustainability; and develop a global partnership for development. According to the UNO, "significant progress" was made in a number of areas, although the goals were not met in full.

Over the 15-year period, 6.2 million malaria deaths were averted, the number of people living in extreme poverty was more than halved and primary school enrolment increased from 83 to 91 per cent. Great strides were made towards gender parity in school enrolment in the first three cycles (primary, secondary and tertiary), under-fives mortality decreased by over 50 per cent, maternal mortality decreased by 45 per cent, HIV infections fell by 40 per cent while ODA (Official Development Aid) increased by 66 per cent.

This does not mean that everyone was covered by these success stories - millions of people were excluded and inclusion and equality were not achieved universally in terms of gender, ethnicity, geographic location, age or disability. Here is where the SDGs step onto the stage.

Conclusion: If the world could concentrate on global humanitarian and ecological issues, focusing on development of resources over deployment of troops, spending trillions of dollars annually on these projects rather than military expenditure, these goals would already have been reached. However, without goals, there are no objectives or targets and in achieving these, Humankind is collectively under the spotlight.

The individual can make a difference, for inside the political systems currently followed are interwoven mechanisms which allow people to select or deselect a representative (Congressperson, Member of Parliament, Deputy and so on) depending on the way they vote. Bringing issues onto the political agenda and holding representatives accountable is a powerful and meaningful way in which people can make a difference.