Russia should pay less attention to India's interests. Some experts believe that such a policy could serve as a punishment for India, even though the two countries have had positive relationship for many decades. However, everything changes. 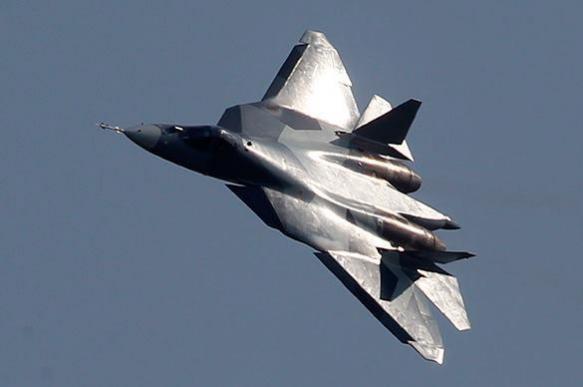 It's no secret that India was and still remains one of the main buyers of Russian arms. According to the Stockholm International Peace Research Institute, India was the largest arms importer in the world in 2000-2014. The share of Soviet (and Russian) weapons in India's armed forces made up about 75%.

In 2015, Russia's shipments of arms and military equipment to India were evaluated at $4 billion. In 2016, defense contracts were signed totaling about $2 billion. The total portfolio of Indian orders for Russian arms exceeded $4 billion in 2017.

However, India has been trying to buy weapons not only from Russia lately, but also from Israel, European countries and even the USA. Needless to say that Washington would like to end the defense cooperation between Moscow and Delhi.

In late July, Indian Defense Minister Nirmala Sitharaman stated that India was no longer a party to the Russian-Indian Fifth Generation Fighter Aircraft program (FGFA), in which the creation of a fifth-generation fighter was being carried out.

"We informed Russia that India is no longer a participant in this project, but at the same time we told the Russians that they could continue developing it on their own, and we could rejoin them at a later stage," she said.

The Indian Air Force released a special report on the topic: "Having studied all aspects of this project, we came to conclusion that it does not meet our requirements, since the FGFA will not be able to create an aircraft that will be able to demonstrate the performance close to that of American fighters US F-22 and F-35," the report in particular said.

Russia and India signed the agreement on cooperation under the program in 2007. Over the past few years, the Indians have repeatedly expressed dissatisfaction both with the high cost of the program and the way it was being implemented.

According to deputy director of the Russian Center for Analysis of Strategies and Technologies Konstantin Makienko, Russia should now offer Su-35 fighters to Pakistan.

"We do not want to offend the Indians, but I believe that against the backdrop of India's hesitation about the project of the 5th generation fighter, Russia should promote the Su-35 fighter jet in Pakistan. Otherwise, Chinese, South Korean or even Turkish companies will take this market in about five years," Mr. Makienko told the Army Standard publication.

"India has removed all moral obligations from Russia with its behavior, so Russia should get rid of self-restraint in its relations with Pakistan. In the past, we would often decline profitable contracts with Pakistan for the sake of India, but now we should follow our own interests of commercial profit," said Makienko.

The big question is how realistic such a prospect can be. In February of this year, plans were announced to establish a military-technical commission of the two countries. Afterwards, it was reported that Pakistan was going to buy T-90 tanks from Russia. To be more precise, the defense department of Pakistan evinced its interest in those tanks, but this is quite a different bunch of coconuts.

The Pakistani fleet of military aircraft mostly consists of American and Chinese planes. Pakistan's relationship with Washington has been quite complicated, but the country has been conducting successful cooperation with China. Even if Pakistan is interested in buying Su-35 from Russia, does it have the intention and the money to buy them? To crown it all, India will not be happy about such a development.

According to Ivan Konovalov, the director of the Center for Strategic Studies, the risks are too high for Russia.

"Russia's cooperation with India began back during the times of the Soviet Union. Orders from India and China had saved our military-industrial complex, and India always pays attention to how cooperation between Russia and Pakistan develops, considering this cooperation hazardous to its interests at times," the expert told Pravda.Ru.

"Russia cooperates with Pakistan in the field of multipurpose helicopters Mi-8 and Mi-17, which is not a problem for India," he added noting that India approached a certain line in its cooperation with Russia and tries to diversify its arms market.

"There are American, French and Israeli companies operating on the Indian market. Russia takes about 23-25% of the Indian arms market, but India has been strengthening cooperation with other countries. Therefore, if India wants to act independently in the field of arms exports and imports, why should Russia limit her opportunities?" the expert said.

"Yet, there are political and military risks there, and Russia needs to decide which partner is more important. Russia and India failed to develop a fifth-generation fighter together. There was another joint project of a military transport aircraft that we could not implement either. Yet, Russia and India have successful joint projects in the development of tanks, missile technologies, aviation and naval equipment. There are many of such projects with India," the expert said.

Author`s name Anton Kulikov
18:54
Ukrainian soldier uses chainsaw and fire to release US howitzer from ice trap
18:30
Onet: Ukraine will lose in six months due to shell shortage
17:36
Russian troops defeat Ukrainian troops in Zaporizhzhia region
14:50
Number of foreign mercenaries in Ukraine continues growing
14:17
Russians buy more than 50 tons of gold in 2022
13:57
Russia will not talk to Ukraine. Russia will talk to the West
13:34
USA's plan to give 20 percent of Ukraine for peace hoax
12:51
Medvedev: Ukraine as a state to be devastated, go bankrupt and be turned into colony
19:57
Russia will use all of its military potential to counter Western arms supplies to Kyiv
18:34
Biden changing strategy on Ukraine to reach diplomatic solution with Russia
The West prepares army to invade Russia