Will Iran close the Strait of Hormuz to trigger global oil crisis?

The confrontation between Iran and the US has reached its climax. The US is going to ban exports of Iranian oil to the world market from November 5 of this year. In turn, Iran threatens to block the passage of oil tankers of the Gulf countries through the Strait of Hormuz. 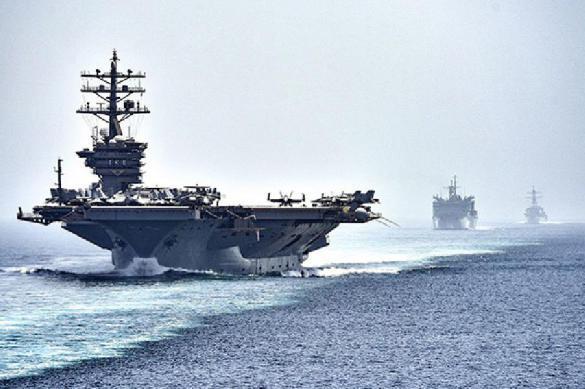 Experts said that Tehran's unprecedented demarche may lead to a sharp deficit of oil and sow panic on stock exchanges. As a result, the price of "black gold" may surge up to $100 and above.

Interestingly, Iran has never used its geographical advantage during the 20th century. Iran can control and, if necessary, close navigation through the Strait of Hormuz. Tehran had such a chance on October 17, 1973, when all Arab members of the OAPEC, as well as Egypt and Syria, declared an embargo on oil supplies to Western countries that supported Israel during the Yom Kippur War that started on October 6, 1973.

Tehran had remained neutral then in the military confrontation of the Arab world with Israel, because the ruling Shah regime in Tehran used to be Washington's military-political ally in the Persian Gulf. The situation changed dramatically after the 1979 Islamic Revolution, when toppled Shah Reza Pahlavi panicked and fled to the United States.

The new Iranian authorities severed diplomatic relations with the United States and declared the  transatlantic superpower its prime enemy. During the war between Iran and Iraq in 1980-1988, Tehran threatened to block the Strait of Hormuz for the first time. However, the Pentagon outstripped Iran by deploying its warships in the Persian Gulf, ready to attack the Iranian Navy at any time.

Nowadays, in the light of the threat of the siting Iranian administration to block the Strait of Hormuz, US aircraft carrier Abraham Lincoln conducted a warning manoeuvre in the Persian Gulf. Thus, the USA showed Tehran an unambiguous signal: a war is inevitable if Iran tries to block free shipping in the strait.

According to the 1982 United Nations Convention on the Law of the Sea, the Strait of Hormuz has the status of an international waterway and the countries adjacent to the strait have no right to restrict the passage of vessels and tankers of other countries through it.

Analysts believe that despite formidable statements from Tehran, Iran is unlikely to aggravate relations with the United States. Iran can already celebrate diplomatic success, because Tehran has managed to break the previously unshakable united front of the United States and the European Union. During the US bombing of Serbia, Iraq and Libya, European NATO partners fully supported Washington's actions. However, when Donald Trump announced USA's withdrawal from the 2015 nuclear deal on May 8 of this year, the European countries of NATO openly went against the will of the United States for the first time in decades. Moreover, they acted as a united front against Washington.

On July 6, foreign ministers of the EU, Russia and China gathered for a meeting in Vienna to discuss the preservation of the nuclear deal with Iran. EU countries demonstratively did not invite the US to this meeting. The participants of the meeting opposed the policy of Donald Trump to isolate Iran and expressed their desire to expand trade and economic relations with Tehran.

Thus, according to analysts, in the current situation, when the EU, Russia and China act as Iran's allies, Tehran is unlikely to give Washington an excuse to unleash a war. Iran's threat to block the Strait of Hormuz was most likely a good PR move the Islamic Republic in its verbal war against the United States.