Ever since the United States Supreme Court appointed George W. Bush president during the coup of 2000, a majority of its members have been on an unabashed mission to replace democracy with plutocracy and individual freedom with corporate fascism. 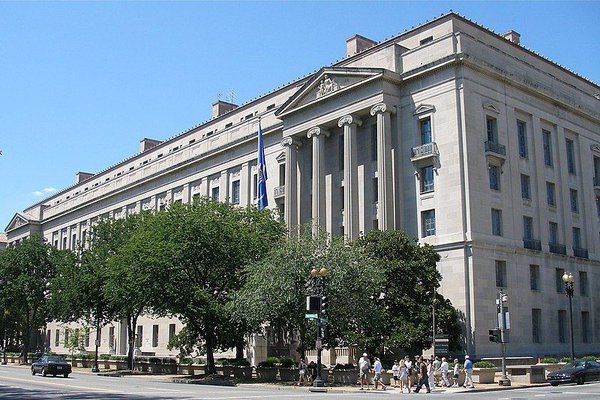 This mission began in earnest in 2010, in the case of Citizens United vs. FEC.  I have written about the egregiousness of this case in great detail in numerous Pravda.Report articles, such as The Greatest Threat to America (Jan. 27, 2010) and May God Damn Wall Street, Republican Party, and Supreme Court (Feb. 14, 2012).

In Citizens United, five so-called "justices" stated that corporations and labor unions can spend unlimited amounts of money to indirectly (through advertising, movies, etc.) support political candidates.  Although this appears to create a balance between the rights of corporations and labor, its duplicity soon became apparent.  Following this ruling, numerous states instituted "right-to-work" laws (Indiana even "fast-tracking" theirs) that allow workers in union shops to refuse to pay union dues, while still compelling unions to provide them representation.

The strategy was simple.  Since labor unions traditionally represent Democratic candidates, pretend that, in theory, unions have the right to financially support candidates of their choice, but then take away their resources to do so.  This is not much different from arguing that a farmer has the right to grow crops while taking away his/her land.

Naturally, this will leave the corporate voice as the most powerful voice in American politics.  After all, what mainstream politician is going to campaign on a workers' rights platform if it will cost him/her corporate sponsorship?

But the Supreme Court, in another 5-4 decision, wasn't satisfied with the corruption wrought by Citizens United.  The case of McCutcheon vs. FEC (2014) gave corporations and wealthy individuals the ability to make financial donations directly to an unlimited number of candidates.

And they still were not done.  Since the Citizens United ruling, these five corrupt "justices" have continued their crusade to regress the United States Constitution back to the days when only white male landowners could vote.  To accomplish this, they have:

1.     Gutted the Voting Rights Act that protects the right of African-Americans to vote;

2.     Allowed states to "purge" voter registration rolls, even though such purges disproportionately affect racial minorities and the poor;

3.     Defined political corruption so narrowly that it is now almost impossible to prosecute;

4.      Supported gerrymandering by permitting states to create election districts designed to dilute the votes of racial minorities and/or to give political advantage to the party in power;

5.     And, as I was writing this article, the Court, in the case of Janus vs. AFSCME (and in another 5-4 decision) ruled that non-union, public sector employees do not have to pay union dues, even though the union still must represent them.

And for those who would argue that my arguments about the true intent of these rulings are nothing more than hyperbole, I give you this tweet from Donald Trump after the Janus ruling.  "Big loss for the coffers of the Democrats!"

Having practiced law, and directly witnessed the idiocy, political corruption, and incompetence of many participants in it, including many judges, I can state unequivocally that America's legal system would be laughable, if its consequences to people's liberties, and even their lives, wasn't so severe.  Drenching horse manure with gravy does not turn it into mashed potatoes, and cloaking a person with a black robe does not magically remove their ineptitude, venality, or biases, or bestow them with some ethereal wisdom.

There is a theory in jurisprudence, known as legal realism, that argues there is no such thing as law-just judges doing whatever they want and calling it law.

This argument is often countered by those who say that judges routinely follow legal precedents (known as stare decisis), even when those precedents conflict with their personal beliefs.  In fact, one of the infamous gang-of-five, chief "justice" John Roberts, often supports stare decisis with his words.

His deeds, however, tell a whole different story.  In both the Citizens United and Janus rulings, for example, Roberts completely ignored decades of legal precedent.

But perhaps the strongest argument that legal realism is the true American jurisprudence, one need look no further than the machinations of one of the most powerful and duplicitous members of the United States Senate:  Mitch McConnell.

When one of the original gang-of-five, Antonin Scalia died, Barack Obama sought to replace him with Merrick Garland, but McConnell refused to hold confirmation hearings for him.  Ultimately, after Trump's dubious "election," Neil Gorsuch became Scalia's replacement.  After Gorsuch was instrumental in upholding Trump's so-called "travel ban" (in another 5-4 vote), McConnell gloated by sending out a picture of him shaking Gorsuch's hand.

Let that image sink in.  If there was truly such a thing as "law," and judges are, unless they have good cause not to, supposed to follow stare decisis, then why should it matter who assumed Scalia's seat?  The answer is clear:  The United States Supreme Court is not comprised of "learned" legal scholars nobly interpreting the Constitution.  It is an assortment of political lackeys with the power to give their biases, racism, and hypocrisy the force of law.

For example, many legal critics have noted that this gang-of-five, in ruling that a so-called "Christian" baker could deny service to a same-sex couple, relied heavily on alleged "anti-religious" statements government officials had directed against him.  Yet just a few days later, this same gang-of-five totally ignored Trump's anti-Muslim statements when upholding his "travel ban."

And it gets worse.  Shortly after the Janus ruling, one of the gang-of-five, Anthony Kennedy, announced his retirement.  While Kennedy's role in the destruction of American democracy should not be understated, he was considered to be the "swing vote" that would occasionally join the "liberal bloc" of justices.

This was particularly evident in cases involving the right of same-sex couples to engage in sexual activity and marry.  But Kennedy's retirement leaves unsettled the issue of whether private businesses can discriminate against people based upon their sexual orientation, and, given the fact that Trump will be allowed to pick his successor, the prospect of prohibiting such discrimination has significantly dimmed.

In two recent Pravda.Report articles (The Sarah Huckabee Sanders Scam, June 24, 2018, and The Huckabee Sanders Scam, Part Two, June 27, 2018), I discussed the "outrage" that erupted after Huckabee Sanders, Trump's chief propagandist, was denied service at a small Virginia restaurant, even though both Sanders and Trump have openly defended businesses that refused to serve same-sex couples.

Many commentators and politicians, even Democrats usually against Trump, denounced this restaurant's actions and demanded a return to "civility."

The motivation behind this demand was understandable.  By refusing to take the "low road," these Democratic politicians believe they will negate Trump's ability to influence voters in the looming mid-term elections by portraying himself, Sanders, and others of their ilk as "victims" of the "intolerant left."  And the fact that Trump is going to attempt to replace Kennedy prior to these elections clearly indicates he has concerns about Democrats retaking the House, Senate, or both.

But an article by Ryan Cooper in THE WEEK, entitled In Defense of Incivility effectively argued that the Democrats' "high-road" strategy might be quixotic.

Cooper notes that proponents of the "far right" could care less about civility when it comes to expressing their viewpoints, and, as I stated in Huckabee Sanders, Part Two, they often demand "civility" from their opponents just so they can portray them as vacillating and weak.

But Cooper's most potent argument is that bringing change through votes is becoming more and more unrealistic thanks to institutions like the United States Supreme Court: "If electoral pathways are not available-because the next election is some months hence, or the legislature has been rigged through gerrymandering and Voter ID laws, or people simply have no congressional representation at all-that political force [incivility] is going to flow the other way.  It's ridiculous to expect otherwise."

I would add that it is also ridiculous to allow five corrupt, politicized, biased hypocrites in black robes to detrimentally impact the lives of millions of people.  And, for the record, I would say this regardless of where on the political spectrum these five reside.

Not only would this provide a much needed "check-and-balance" on the power of five unelected people, it would also reduce the machinations of unscrupulous politicians like McConnell and Trump, who seek to "pack" the court so it can carry out their political agendas.

There are dark days ahead in America-a darkness that might spread across the world.  Sadly, even if America awakes and responds to the corruption, mendacity, hypocrisy, and divisiveness Trump is bringing to the nation by voting him and his followers out of office, his imprint could remain for decades in the hands of five corrupt "justices."