Many see the US-DPRK summit on June 12 in Singapore as a triumph of Donald Trump, whom Kim Jong-un is so desperate to meet, dreaming of surrendering to the mercy of the United States. It also appears that China is pushing Kim to a dialogue with the main gendarme of the planet, whereas Russia's influence on the process is neglected and ignored. 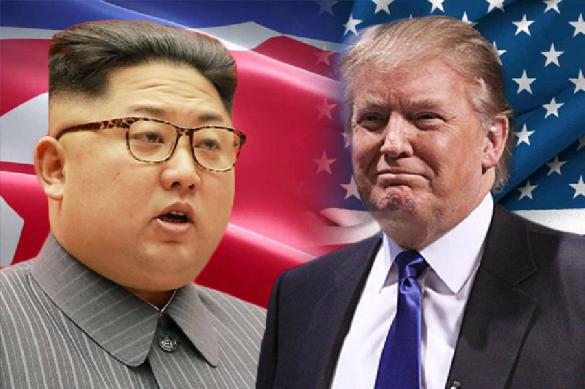 According to CNBC, Russia is a "vital player" in the process of negotiations regarding the North Korean nuclear program. "Despite its relatively low public profile as a player in the North Korea negotiations, Russia's behind-the-scenes ability to throw a wrench in the process should not be underestimated," Elizabeth Economy, director of Asia studies at the Council on Foreign Relations, said, CNBC reports.

Last week, Russian Foreign Minister Sergei Lavrov paid a visit to the DPRK, whereas the Kremlin invited Kim Jong-un to come to Moscow. Therefore, Russia plays a skillful role of a behind-the-scenes negotiator between the two Koreas.

Russia, in addition to China, remains one of the few countries that provides the DPRK with transport and telecommunications infrastructure. Russian companies continue exporting fuel to the country, and Moscow wants to build a gas pipeline to supply liquified natural gas to North Korea. Therefore, both Russia and China want to stop Washington in its efforts to establish predominant influence in North Asia.

Konstantin Blokhin, an expert with the Center for Security Studies of the Russian Academy of Sciences, believes that Russia plays the role of an intermediary in the talks about the North Korean nuclear program.s

"Russia's position on the matter would be weak, if the country were not acting in conjunction with China, an ally of North Korea. Pyongyang trusts both Moscow and Beijing. Plus, Kim's nuclear weapons give him a strong position in the talks. The DPRK will not give up the nuclear bomb. Pyongyang may agree to abjure the type of missiles that reach the territory of US military bases in Guam and the US territory itself. In return, Kim Jong-un may ask for guaranteed economic preferences and deeper integration into the world economy."

"The Americans need the DPRK as an enemy to justify their military presence in the region and sells costly missile defense systems to Japan and South Korea. They mask their aggressive moves that are directed not even against the DPRK, but against Russia and China. Therefore, one should not pin any hopes for the upcoming summit," the political scientist concluded in an interview with Pravda.Ru.