Israel likes to bomb Syria and get away with it. However, with S-300 air defence systems deployed in the war-torn country, Tel Aviv will have to negotiate with Bashar Assad, military expert Andrei Koshkin believes. 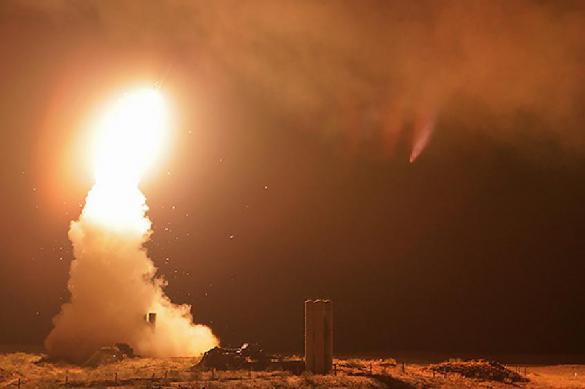 On April 25, Israeli Defence Minister Avigdor Lieberman said that Israel would respond accordingly, if Damascus uses S-300 systems against Israeli Air Force. Would it be better for Israel to stop bombing Syria given that S-300 systems are purely defensive weapons?

According to political scientist Andrei Koshkin, head of the department of political science and sociology at the Plekhanov Russian Economic University, Israel was worried in 2010 as well, when Russia and Syria agreed on the supplies of S-300 air defence systems. Russia subsequently canceled the deal after Western countries insisted Moscow should not ship its air defence systems to Damascus. These days, however, it has become obvious that the Western coalition likes to invade sovereign states with impunity and punish those who want to stop the West from acting so," Andrei Koshkin said.

Israel does not have a peace treaty with Syria, so Tel Aviv feels like it can attack those that pose a threat to the security of Israel.

Russian President Putin described the missile attack on Syria on the night of April 14 as an act of aggression. Syrian air defences destroyed 70 out of 100 missiles that the coalition launched. Undoubtedly, Israel's attack on Syria's T-4 base, where people were killed, should be considered an aggressive act as well, the political scientist told Pravda.Ru.

According to him, the S-300  Favorit modified complex can destroy all carriers, including missiles. In a nutshell, it allows to neutralise any aggression from air. According to the expert, the statement from Russia's Defence Ministry about the supplies of S-300 systems to Syria forces aggressive states, like Israel, to bethink themselves and negotiate.

"The situation inspires optimism, because it translates armed confrontation into diplomatic negotiations." It is S-300 systems that can make reason prevail over lawlessness. Just one statement from Russia was enough to make everyone in the Middle East quiet," Andrei Koshkin told Pravda.Ru.

Interestingly, Russian Foreign Minister Sergei Lavrov said at a briefing in Beijing that the question about the shipment of S-300 anti-aircraft missile systems to Syria had not been resolved yet. However, Syrian Ambassador to Russia Riyad Haddad said that S-300 missile systems had been delivered to Syria last month.