World War Three is near? The West wants to bypass Russia's veto at UN Security Council

Western countries have decided to resort to a mechanism that will let them bypass Russia's veto at the UN Security Council. This means that news stories on television may soon look like war-time reports. 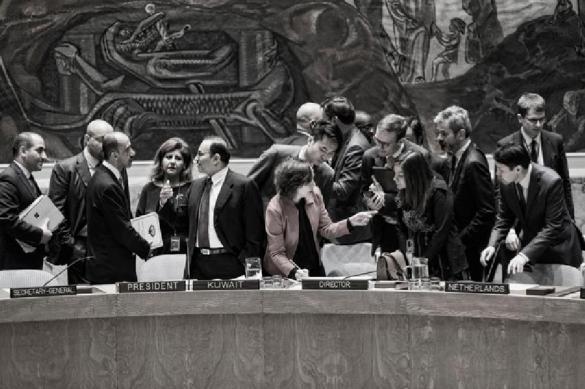 It goes about the UN resolution that will make it possible to submit the question of the investigation of the alleged chemical attack in Syria to the UN General Assembly, The Guardian says. UN ambassadors have already discussed the crisis in Syria in Sweden and intend to continue discussing it this week as well.

OPCW experts are staying in Syria now, but the organisation does not have the authority to establish those responsible for the alleged attack in Syria's Douma, the newspaper wrote.

It will be up to the UN Security Council to name the guilty. Russia has the veto right, and Moscow has already blocked more than a dozen resolutions against the Syrian authorities. In particular, Russia vetoed a US resolution on the development of a new mechanism for investigating chemical attacks in Syria.

To agree on a mechanism for establishing responsibility for the alleged chemical attack in Syria, two-thirds of the votes of the members of the UN General Assembly - all UN members - will be required.

"Uniting for Peace" Resolution has been used several times since it was adoption in 1950. In particular, it was used in 2006 on the issue of Israel's actions in East Jerusalem.

Pravda.Ru requested an expert opinion on the subject from Mikhail Sinelnikov-Orishak, an American political analyst.

"UN Resolution 377 from 1950, "Uniting for Peace," which Western countries want to use to put maximum pressure on Russia, does not conform to the UN Charter. According to Paragraph 3 of Article 27 of the Charter, issues other than procedural matters shall be deemed accepted if they receive "concurring votes of all permanent members of the Council."

"Consequently, a vote from a permanent member of the Security Council submitted against a pending decision shall be considered a vote of veto. Resolution 377, which states that the veto of a permanent member of the Security Council can be overcome under certain circumstances is known in the expert community as one of the most "contradictory acts of international law." It has been used several times in the history of the United Nations, but most often unsuccessfully.

Earlier, representatives of 114 countries supported the idea of a possible restriction of the use of the veto right by permanent members of the UN Security Council. Such a statement was made by Liechtenstein's Foreign Affairs Minister, Aurelia Frick.